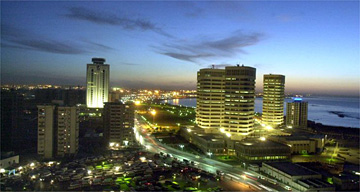 Libya’s opposition has told Colonel Gaddafi, if he leaves the country now … they won’t put him on trial. But Libyan state TV has broadcast denials that Gaddafi offered to quit if his family were allowed to safely leave the country. Just a week ago media reports suggested that Gaddafi was close to total defeat. But today he’s still there, and news of his downfall proved to be exaggerated. RT’s Paula Slier went to Tripoli to uncover how things really stand.