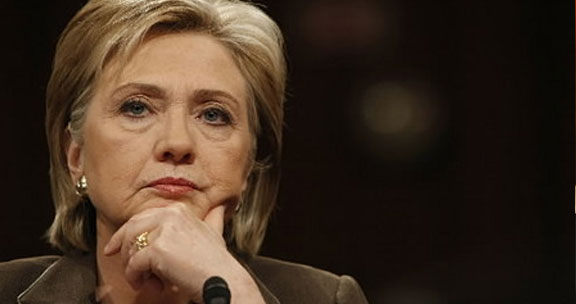 Secretary of State Hillary Clinton had been exhaustively in front of cameras promoting the right for people to protest in Egypt, Bahrain, Iran, and Libya.  She’s been touting the freedom to use social networking sites as a way for Arab people to organize against their oppressive regimes.  Now, the Administration is even consideringarming the opposition in Libya.

Clinton’s perpetual propaganda efforts exposed her blatant hypocrisy when a silent peaceful protester was violently removed from one of her recent speeches on the very subject. However, the hypocrisy now seems to go much deeper in her deafening silence over the prospect for protests in Saudi Arabia.