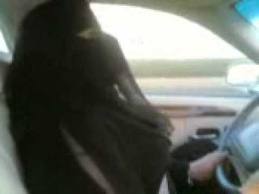 RIYADH, March 9 (Reuters) - A senior Saudi prince questioned the need for a ban on women driving on Wednesday and said lifting it would be a quick first step to reduce the Islamic kingdom's dependence on millions of foreign workers.

The Gulf Arab state is a monarchy ruled by the al-Saud family in alliance with clerics from the strict Wahhabi school of Islam. Women must be covered from head to toe in public and are not allowed to drive.

But the ruling family has been facing calls from activists and liberals, empowered by protests across North Africa and the Middle East, to allow some political reforms in the absolute monarchy that has no parliament.

Wyoming Moves To Ban Sales Of New Electric Vehicles By 2035

Tesla has slashed the prices of its Model 3 sedan and Model Y SUV between 6% and 20% in the US,..

The Cost of False Prosperity