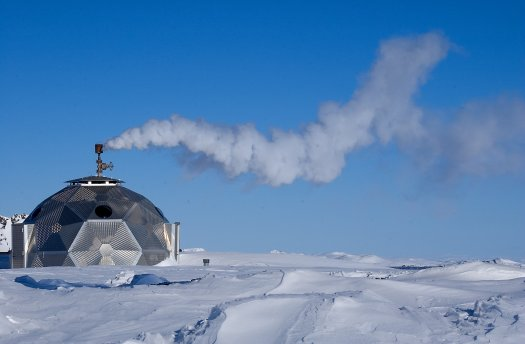 Hoping to take advantage of its violent volcanic heritage, Iceland is contemplating building the world’s biggest undersea electric cable, so it can sell geothermal power to other European nations. If it works, it could export enough electricity to power 1.25 million homes.

Landsvirkjun, Iceland’s state-owned energy company, is studying the feasibility of building a cable to countries like Great Britain, Norway, the Netherlands and Germany, according to AFP. Depending on the recipient country, the cable would be between 745 and 1,180 miles long. Such a plan would help Iceland’s economy recover both from the worldwide financial collapse and from the impacts of last year’s massive eruption of Eyjafjallajökull.

As PopSci explained in 2009, it’s easy to produce geothermal energy in Iceland. The island is essentially a big volcano, its land mass bubbling up from the seafloor over the millennia. Tapping the heated water below the crust is as simple as digging a well and putting a power plant over it. Steam spins a turbine that drives a generator, just like any other power plant — except no coal or natural gas is burned to generate the steam, because it all comes from the ground.