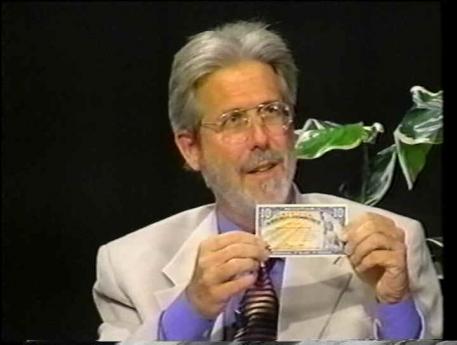 Disclaimer:   Please keep in mind that these notes are the best of my recollection at the time they were taken.  It is very hard to hear in the court room sometimes. Take them as you will, no guarantee is made of their accuracy because I am not a human typewriter or tape recorder and no recording devices are being allowed in the courtroom.

I consider myself to be a friend of Bernard von NotHaus and I also am a Liberty Dollar Associate, so I am by no means a partial reporter in this case.  In my opinion, Liberty Dollar is one of the doors to changing our broken financial system.  Liberty Dollar became a threat to the Federal Reserve by competing with them, and the Fed had them taken out of business.  That is my opinion.  However, I have made every effort to report accurately the proceedings that are going on in the Federal District Court here in Statesville, North Carolina.

For those of you who are completely in the dark about the Liberty Dollar Organization by Monday, March 14, 2011, I will have a story organized to fill you in on the details but this testimony gives a fairly accurate picture of the Liberty Dollar Story.

You were fairly close with Kevin Innes?  We spoke many times but he was not a phone person and our conversations were usually short, about 5 minutes.

When did your undercover assignment end?  April 2007

Heartfelt thanks, Ernie, for being the only news source to report on this historic event... and a huge thank you to Heather, too.       dm

Thanks for the correct link Brock!

AAAAARgghhhhh! What a tease! (link 404s)