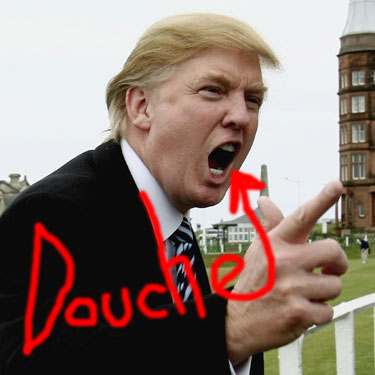 Is Donald Trump about to get Paul-verized?

A month after the curiously coiffed mogul told the Conservative Political Action Conference in Washington that Texas congressman Ron Paul has "zero chance" of being elected President, an avid Paul supporter is looking for payback.

Pro-Paul Shawn Thompson is in the process of filing a complaint with the Federal Elections Commission that claims Trump and two supporters have violated federal campaign laws.

The Tampa-based Thompson was a local coordinator for Paul's 2008 presidential campaign and, we hear, was at the CPAC conference when Trump attacked Paul to a chorus of boos. (He did not return a call for comment.)

In his March 10 complaint, Thompson points out that, under law, "a person becomes a candidate for federal office when he permits another person to spend more than $5,000 promoting his candidacy." The candidate must then register with the FEC.

Thompson's complaint alleges that Trump has not filed with the commission even though more than $5,000 has been spent.

He cites a March 7 plane trip that Trump's special counsel Michael Cohen took to Iowa, where he met with political operatives.

Cohen, who's also co-creator of the "Should Trump Run" website (shouldtrumprun.com), told the media he was in Iowa "on his own time" and not as representative of Trump. He also said that the cost of his flight there — aboard Trump's private Boeing 727 — had been paid by pharma-billionaire and Should Trump Run co-creator Stewart Rahr.

Thompson alleges that because Cohen is collecting a paycheck from the Trump organization, any "legal advice" he's providing to The Donald is "an unreported [and thus illegal]" in-kind contribution "to Trump's candidacy."

1 Comments in Response to Donald Trump's about to be Paulverized

So now we have Ron Paul supporters going to the government to beg for enforcement of anti-freedom and stupid (and unconstitutional BTW) laws. A very bad beginning that is certain to bite back.