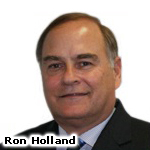 The entire world except for government leaders and politicians are thrilled with the revolutionary spirit moving through the Middle East. The leaders of authoritarian regimes from Tunisia to Egypt have fallen and the rest are threatened in every nation in the region. It is my hope that your brave spirit of rebellion against one party rule and foreign backed puppet governments will provide encouragement to people around the world to stand up and follow your example showing how your fear of government tyranny is over.

Most governments ultimately rule and generate tax revenue by threat and force of arms and the only difference is the degree of violence and police state actions. While here in the West, we join you in solidarity for freedom and representative government, please understand that our history over the last 100 years clearly shows how democracy isn't the panacea claimed by most establishment politicians. Thomas Jefferson described democracy as nothing more than "mob rule, where fifty-one percent of the people may take away the rights of the other forty-nine". Trust me, democracy can be just as bad and often less efficient than authoritarian dictators, fake monarchs and military rule.