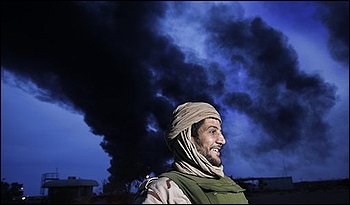 WASHINGTON -- The White House says the Arab League has taken an "important step" by asking the U.N. Security Council to impose a no-fly zone over Libya and increasing international pressure on Moammar Gadhafi.

A statement from the White House says there's a clear international message that the violence in Libya must stop.

President Barack Obama has repeatedly called for Gadhafi to step down. But the U.S. has not been willing to impose a no-fly zone unilaterally. The White House says the U.S. will prepare for all contingencies and coordinate with allies.