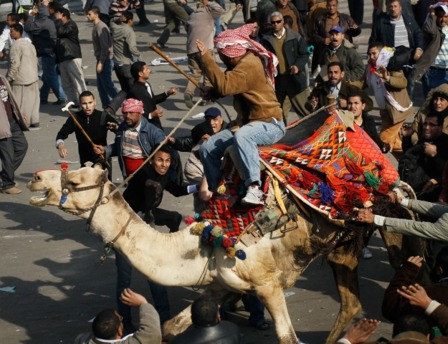 CAIRO (Reuters) - The Egyptian police have arrested two members of Hosni Mubarak's National Democratic (NDP) Party accused of organizing violence against demonstrators during the uprising that swept him from the presidency.

The two NDP figures, both members of the now dissolved parliament, were arrested on suspicion of involvement in "bloody Wednesday," the state news agency reported.

It was referring to the events of February 2 when Mubarak loyalists mounted on camels and horses charged protesters, triggering a battle that was seen as a crucial moment in the 18-day uprising against the president.