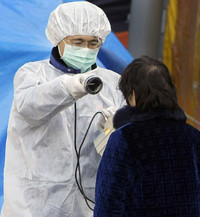 Tokyo Electric Power Co. engineers tried to stabilize three nuclear reactors damaged by the biggest earthquake in Japan’s history after the plant was struck by a second explosion and as water levels dropped at one reactor, exposing fuel rods and increasing the threat of a meltdown.