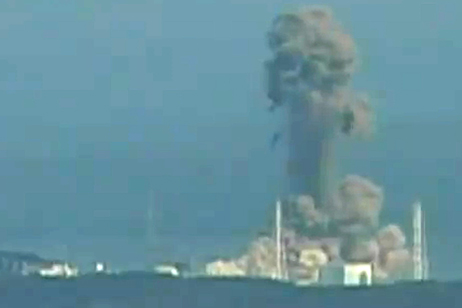 Germany and Switzerland said Monday that they would be the first industrialized nations to freeze development of nuclear power facilities while they reassess safety procedures, in the wake of Japan's ongoing nuclear crisis following last week's devastating earthquake.

Despite assurances, six of their reactors are said to be melting down or in near-meltdown status at Japan's Fukushima Dai-ichi plant, following last week's massive earthquake and tsunami. All of the reactors were constructed in the 1970s.

As a result, the Swiss said they would suspend three forthcoming nuclear sites and launch an in-depth study of how Japan's crisis was created and whether their own reactors posed a similar threat.

In Germany, Chancellor Angela Merkel told reporters that a three month moratorium would be imposed while the government studies the potential safety risks of its own nuclear power program.

The probe, she reportedly said, was to have "no taboos." Merkel also said that two older nuclear plants would also be taken off the grid for thorough safety evaluations. Her administration has previously pushed for greater output and extended commissions for most of the country's nuclear facilities.

U.S. authorities have not said they were considering a similar a move.

The Swiss have five nuclear reactors. Germany has 17.