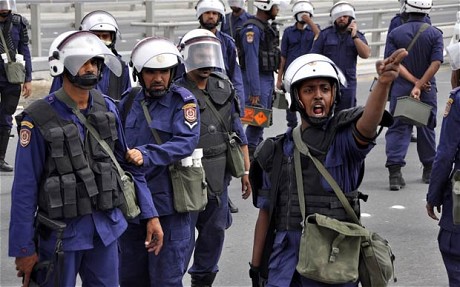 The three month state of emergency comes a day after more than 1,000 Saudi troops and 500 United Arab Emirates police officers were deployed in Bahrain following a request for assistance made by King Hamad bin Isa al-Khalifa.

Bahrain called for help after thousands of protesters spilt out on to its streets over the weekend, setting off the first major clashes since February 17. Salman bin Hamad al-Khalifa, Bahrain's crown prince, offered opposition groups a dialogue after the clashes, but his offer was rejected.

Saudi Arabian authorities confirmed that a sergeant in its forces was shot dead when a gunman opened fire from within a crowd protesting against the deployment of its troops.