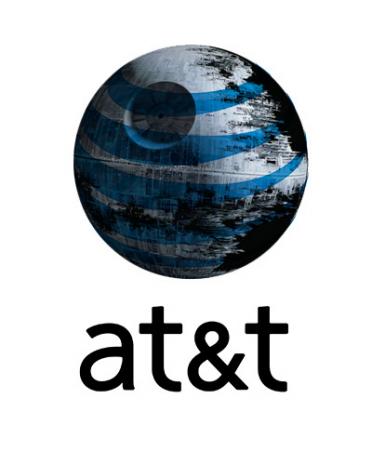 Telecommunications giant AT&T said this week that it will join Comcast and other providers in a controversial business model that limits the amount of information subscribers can access, and imposes penalties for overages.

The move will see AT&T broadband users forced into a tiered Internet that would limit accounts to a paltry 150 gigabytes a month. Users who download too much information on AT&T's broadband network will be subject to an additional $10 fee for every 50 gigabytes. Fees on the first three overages will be waived, according to DSLReports.com.

In layman's terms, if you're used to watching Netflix, playing online video games or using your computer to share files with your friends or engage in other bandwidth-intensive activity, get ready to be slammed with additional fees.

The move has some tech businesses and Internet freedom advocates up in arms, calling AT&T's plan a way to force other companies into a restrictive business model. Some are also concerned that with Internet users watching their bandwidth meters, usage may go down and innovation could suffer.

Some analysts are predicting the move could have a tremendous effect on Netflix, the most popular movie rental service online with a massive catalog of watch-anytime titles available for streaming. While it does not yet offer true 1080p video (high definition is at 720p), should Netflix finally upgrade to full fidelity video as planned, AT&T users would have to keep their viewing time to less than 90 minutes a day to avoid overage fees.

In Canada, where users have been forced into much smaller bandwidth allotments by Internet providers, Netflix even offers a option to decrease the resolution and make their videos look much worse in order to save on bandwidth.

But with most Americans watching over 153 hours of television a month according to Nielsen ratings, that leaves little time for Netflix, let alone bandwidth-intensive video games like "Call of Duty" or "World of Warcraft."