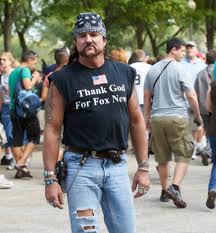 Actress, author and talk show host Whoopi Goldberg said Beck should "check the mirror" if he thought Friday's 9.0-magnitude quake and tsunami were signs of God's anger with mankind.

"If this is because we're misbehaving and God is pissed (angry), I would check the mirror, Glenn," Goldberg said on The View talkshow, which she co-hosts with three other women.

The disaster has claimed nearly 3,400 lives and left more than 10,000 people missing in northeastern Japan.

In a rambling presentation on his radio show on Monday, Beck said God may have caused the catastrophe in Japan because he was angry with mankind, and warned people to change their ways.

"I'm not saying God is, you know, causing earthquakes. Well -- I'm not not saying that either," Beck said.

"What God does is God's business, I have no idea. But I'll tell you this: whether you call it Gaia or whether you call it Jesus -- there's a message being sent. And that is, 'Hey, you know that stuff we're doing? Not really working out real well. Maybe we should stop doing some of it,'" Beck said.