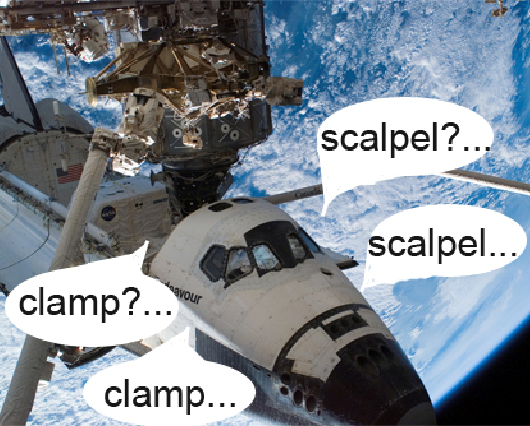 The Russians are teaching the Americans an important lesson in capitalism: where there’s high demand for a scarce commodity, costs will rise. NASA and its Russian counterpart inked a new $753 million modification to its current International Space Station transportation deal Monday, securing seats on the Russian Soyuz spacecraft from 2014 to 2016 at a price of almost $63 million per seat. The old contract, which runs until 2014, reserves seats on the Soyuz for just $56 million.

The new deal is a bridge between the end of the old contract in 2014 and the expected emergence of a homegrown commercial manned space transportation system sometime in the middle of the decade. It secures a place for six crew members for launch in 2014 and six more the following year along with the return of both crews, with the second crew returning in 2016 after a six-month stint on the ISS.
With NASA’s retiring of the space shuttle fleet later this year, the Russian Soyuz has the market cornered as far as manned transportation between the Earth and the ISS is concerned. Whether or not that has anything to do with the uptick in per-seat price is pure speculation, but NASA chief Charles Bolden took the opportunity Monday to remind Americans and American companies of the importance of developing a space transit option that’s made in the U.S.A.

“The president's 2012 budget request boosts funding for our partnership with the commercial space industry and prioritizes our efforts to ensure that American astronauts and the cargo they need are transported by American companies rather than continuing to outsource this work to foreign governments,” Bolden said in a statement. “This new approach in getting our crews and cargo into orbit will create good jobs and expand opportunities for our American economy. If we are to win the future and out build our competitors, it's essential that we make this program a success.”