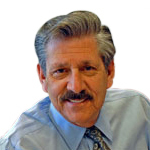 Events in other parts of the world, such as the civil war in Libya, and the revolutions and mass public demonstrations against various tyrannical and autocratic governments in several countries in the Middle East, have aroused a deep sympathy among the American people.

Ordinary people, long politically oppressed by despotic rulers who have denied them individual freedom and plundered their often-meager incomes and wealth, have risen up against their cruel governments. Many Americans wonder what should or could the United States do? Some of our fellow citizens even call for political and military intervention to assist those who seem to be yearning to breathe free in their own lands.

What should the freedom of freedom, therefore, view as the best course of action in these circumstances?