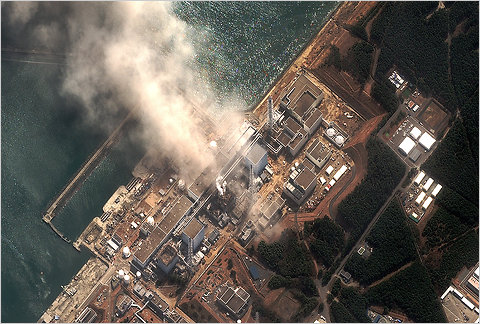 How much of a threat is the nuclear crisis in Japan?  That question is on the minds of millions of people around the globe tonight.  Unfortunately, the Japanese government and the mainstream media have both been doing their best to downplay this crisis.  Even though there have been massive explosions at the Fukushima Dai-ichi nuclear facility, authorities in Japan have still been very stingy with information and they keep insisting that the situation is under control.  But the situation is not under control.  In fact, it just seems to get worse with each passing day.  Radiation levels are now incredibly high at the Fukushima Dai-ichi complex and the radiation cloud is starting to spread.  Radiation levels in Tokyo are already 10 times above normal levels, and there are reports in the international media that some people have begun to flee the city.  It is imperative that the Japanese government tell the truth about what is going on because this could potentially affect the health of millions of people.  There are over 12 million people in the city of Tokyo alone.  If this nuclear crisis continues to get worse it could potentially end up killing more Japanese than the tsunami just did.