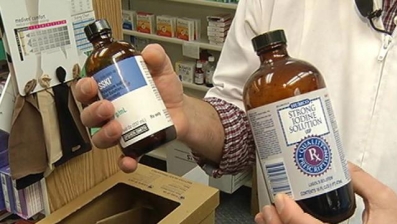 One drug supplier says it has sold 250,000 anti-radiation pills to people in the U.S. concerned about possible exposure from Japanese nuclear reactors.

Troy Jones, president of Nukepills.com, said his company sold out over the weekend of potassium iodide pills, which prevent against radiation poisoning of the thyroid gland. Jones, in an interview with FoxNews.com, said that the pills were sold to dozens of U.S. pharmacies, corporations, hospitals and nuclear labs.

Jones said that he has back-ordered more than a million tablets and is expected to get another 10,000 of the liquid potassium iodine. He also said that he has donated about 50,000 pills to Japan, many of them going to a hospital in Tokyo.

What These Drugs They're Pushing Aren't

HEADS UP! - HOSPITALS ARE NOW DECEIVING PEOPLE BY CALLING REMDESIVIR...