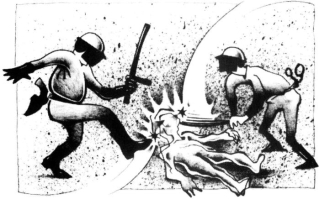 The jury of five women and one man found that Jackson intentionally violated Espina’s constitutional rights, that he acted with malice, that he did not act in self-defense, and that he assaulted and battered Espina before wrongfully killing him. Jackson pepper-sprayed Espina and beat him with his fists and a metal police baton before shooting him, according to court testimony and evidence. Jurors deliberated for 31/2 days.

Oh   ,  and no accountability for being illecal ?