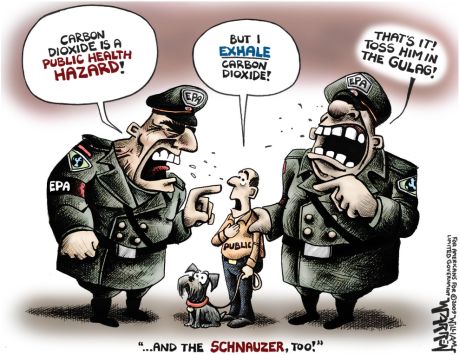 We have received many questions from readers who are alarmed over a perceived lack of radiation monitoring in the U.S., in the wake of the possibility of radiation from the stricken Japanese nuclear plant reaching both Alaska and the West Coast.

Though the risk remains extremely minimal according to experts, the EPA issued a statement on its website yesterday, which was not picked up by any mainstream news source.

As the Nuclear Regulatory Commission has said, we do not expect to see radiation at harmful levels reaching the U.S. from damaged Japanese nuclear power plants. As part of the federal government’s continuing effort to make our activities and science transparent and available to the public, the Environmental Protection Agency (EPA) will continue to keep all RadNet data available in the current online database. In addition, EPA plans to work with its federal partners to deploy additional monitoring capabilities to parts of the western U.S. and U.S. territories.

Once again, it is common practice for the EPA to continuously monitor radiation levels throughout the country in air, water, precipitation and milk. They have radiation monitoring stations in all the following areas.

The RadNet website has more details here. The EPA says all data they have is available to the public here.

In addition, the EPA has sent a radiation response team to Guam with extra equipment for monitoring possible radiological material.

“At the moment, Guam is not in any danger right now,” said Homeland Security advisor Mike Carey. “Barring something major, something new or major in Japan, it looks like we’ll be alright.”

Meteorologists have said that it is not impossible for material to reach Guam if weather conditions alter in the coming days and weeks.

Other mobile monitors have been deployed to Hawaii and Alaska, the EPA told the San Jose Mercury News.

Of course, trusting the EPA’s word is another potential problem, given their track record on public air safety announcements.

The EPA has declined any further comment and would not answer questions regarding monitoring in California.

“It’s disappointing,” said Bill Magavern, director of Sierra Club California. “I have a strong suspicion that EPA is being silenced by those in the federal government who don’t want anything to stand in the way of a nuclear power expansion in this country, heavily subsidized by taxpayer money.”

As the Mercury news points out, though the west cost is 5000 miles away from Japan and experts say it is unlikely radiation will reach the U.S., previous studies from the California Air Resources Board have found that coal dust and other pollution from as far away as China regularly reaches the state.

1 Comments in Response to EPA Increases radiation monitoring In U.S.