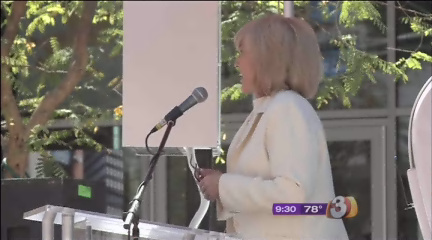 PHOENIX - A lawsuit says Arizona has no business in prayer but Governor Jan Brewer says, “This lawsuit is nothing more than an attempt to drive religious expression from the public square. I will fight it vigorously."

The people behind a lawsuit filed in court on Tuesday claims Gov. Brewer violated the First Amendment of the U.S. Constitution when she declared May 6 the Arizona Day of Prayer.

"I'm not looking to keep anybody from exercising their religion. They can believe in whatever they want. That's fine. Just don't get the state involved and don't push it on me," Mike Wasdin said.  He is one of the four plaintiffs who filed the lawsuit with the Freedom from Religion Foundation.

Wasdin says, "I'm a freedom-minded person. This is more about freedom than religion with me. I don't like the government telling people, like myself, what to do."