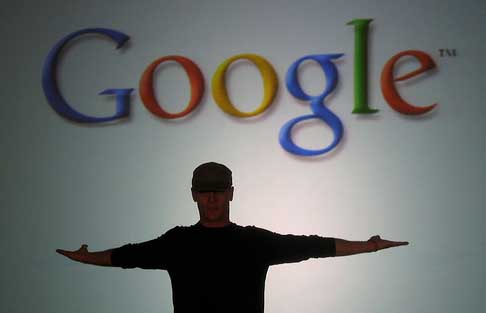 One afternoon about 12 years ago, Larry Page and Sergey Brin gave John Doerr a call. A few months earlier, the Google cofounders had accepted $12.5 million from Kleiner Perkins Caufield & Byers, Doerr’s venture-capital firm, as well as an equal amount from Sequoia Capital. When they took the cash, they agreed that they would hire an outsider to replace Page as CEO, a common strategy to provide “adult supervision” to inexperienced founders. But now they were reneging. “They said, ‘We’ve changed our mind. We think we can run the company between the two of us,’” Doerr recalls.

Doerr’s first instinct was to immediately sell his shares, but he held off. He made Page and Brin an offer: He would set up meetings for them with the most brilliant CEOs in Silicon Valley, so they could get a better sense of what the job entailed. “After that,” he told them, “if you think we should do a search, we will. And if you don’t want to, then I’ll make a decision about that.” Page and Brin took a Magical Mystery Tour of high tech royalty: Apple’s Steve Jobs, Intel’s Andy Grove, Intuit’s Scott Cook, Amazon .com’s Jeff Bezos, and others. Then they came back to Doerr.

“We agree with you,” they told him; they were ready to hire a CEO. But they would only consider one person: Steve Jobs.

Happily, Doerr was able to persuade them to widen their net and would soon introduce them to Eric Schmidt, who took the CEO spot in 2001. The first couple of years were rocky. As late as 2002, the founders still sounded bitter when discussing Schmidt’s hire. Investors, Brin told a reporter, “feel more comfortable with us” now that they didn’t need to worry what “two hooligans are going to do with their millions.” But as the years went by, and as Google under Schmidt grew into the third-largest technology company in the world, Page and Brin came to genuinely appreciate their CEO. Page would later describe hiring Schmidt as “brilliant.”

Now, after a 10-year run in which Google’s revenues grew from less than $100 million to almost $30 billion, Page is finally CEO again, a role he always felt he could handle. The general public may not appreciate the magnitude of the change—to most, Page is just one of the seemingly interchangeable pair of wacky “Google guys.” But Page is sui generis and could potentially have the kind of impact Bill Gates and Steve Jobs have had. Nobody better encapsulates Google’s ambitions, its ethics, and its worldview. At the same time, Page can be eccentric, arrogant, and secretive. Under his leadership, the company will be even harder to predict.

Google’s 2004 pre-IPO filing with the SEC included a note from Page to prospective shareholders. In it, he famously warned that “Google is not a conventional company. We do not intend to become one.” In the ensuing years, Google made good on that promise. But under its ruling troika, Schmidt helped balance the founders’ idiosyncratic urges with more traditional practices. With Page taking the helm, no one is sure how—or if—that delicate balance will be maintained. Now the company is in the hands of a true corporate radical.

A few ingredients in Larry Page’s stew of traits stand out unmistakably. He is brainy, he is confident, he is parsimonious with social interaction. But the dominant flavor in the dish is his boundless ambition, both to excel individually and to improve the conditions of the planet at large. He sees the historic technology boom as a chance to realize such ambitions and sees those who fail to do so as shamelessly squandering the opportunity. To Page, the only true failure is not attempting the audacious. “Even if you fail at your ambitious thing, it’s very hard to fail completely,” he says. “That’s the thing that people don’t get.”

Page is a reflexive champion of big—sometimes quixotic—ideas. Even Googlers, no Luddites themselves, joke that Page “went to the future and came back to tell us about it.” One engineer recounts the time he went to discuss an ill-fated project with Page and ended up talking about the finer points of nuclear fusion. “What Larry asks himself is not ‘How can I help this person?’” he says. “Instead he’s asking himself, ‘Ten years from now, what is going to have the maximum impact on humanity?’”

Page’s mandate now is to renew Google’s energy and drive, and in some ways he is the perfect person to perform that task. He is also perhaps the quirkiest person to ever run a $30 billion company. Google has had a wild ride over its first 12 years. It’s about to get even wilder.

“You can’t understand Google,” vice president Marissa Mayer says, “unless you know that both Larry and Sergey were Montessori kids.” She’s referring to schools based on the educational philosophy of Maria Montessori, an Italian physician born in 1870 who believed that children should be allowed the freedom to pursue their interests. “In a Montessori school, you go paint because you have something to express or you just want to do it that afternoon, not because the teacher said so,” she says. “This is baked into how Larry and Sergey approach problems. They’re always asking, why should it be like that? It’s the way their brains were programmed early on.”