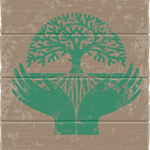 European markets plunge as Japan nuclear crisis branded "out of control" ... Stockmarkets across Europe plunged again on Wednesday after Guenther Oettinger, the EU's Energy Commissioner, said that the nuclear crisis in Japan was "out of control". In London, the FTSE 100 index tumbled to close down 1.7pc to 5598.23 – having remained firm after Japan's Nikkei bounced by 5.68pc overnight. The Commissioner, who has been leading the 27-member states' response to the nuclear disaster, added that Japan faced "further catastrophic events" that "could pose a threat to the lives of people on the island." – UK Telegraph

Dominant Social Theme: Don't worry. The experts will fix it.