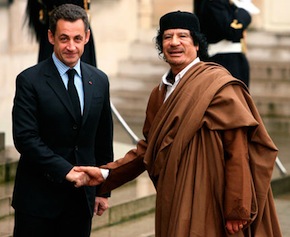 In a 10-0 vote (with five members abstaining), the United Nations Security Council Thursday approved an attack on Libya, urging nations the world over to use “all necessary measures” to move against the Gadhafi regime.

The resolution, UNSC Resolution 1973, mandates a no-fly zone and authorizes strikes against Libyan territory, but explicitly excludes, in Paragraph 4, the possibility of a “foreign occupation force of any form.” It is unclear if this rules out a ground invasion, or only requires them to be “temporary” deployments.

The five abstaining UNSC member nations were Russia, China, India, Brazil and Germany. Russia and China could have vetoed the measure, but declined to do so. Germany has explicitly ruled out participating in the forthcoming attacks.