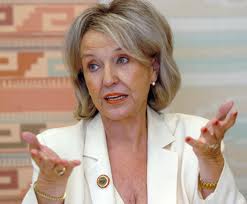 Arizona's economy is in the tank, the state has a pesky $1.15 billion budget shortfall to deal with, but fear not, Arizonans, Governor Jan Brewer's got a plan: prayer.

In January, the governor proclaimed a "Day of Prayer for Arizona's Economy and State Budget," which happens to be Jan's best idea to date when it comes to bridging the state's budget gap. Unfortunately, it does literally nothing to fix the problem -- but it does piss off the anti-religious crowd, which rather than just ignoring the governor's religious BS, files lawsuits.