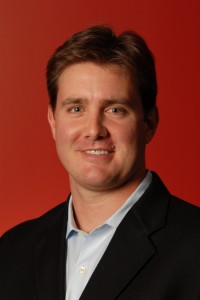 Fifteen years ago, Nathan Hubbard and his band Rockwell Church played Austin’s South by Southwest music festival, the gathering of industry insiders and plain ol’ fans who meet each year to catch some of the 2,000 bands that descend upon Austin in search of fame and fortune.

On Friday, Hubbard returns to SXSW once again — only this time as Chief Executive Officer of Ticketmaster.

In Austin, Hubbard will face music of a different kind, directed at one of the most loathed companies in America.

Now 35, Hubbard’s career has shot up faster than a Vassar Clements fiddle-solo. After graduating from Stanford Business School in 2004, Hubbard worked at Musictoday, then Live Nation, before last year’s merger with Ticketmaster.

That combination created a three-headed entertainment colossus made up of an artist management division, run by Irving Azoff, a concert promotion division, Live Nation, run by Michael Rapino (who also is CEO of the Live Nation parent), and a ticketing division, Ticketmaster, which Hubbard now runs.

On paper, Hubbard looks good for the role: he’s young, a musician and a Stanford MBA.

Wired.com sat down with him in New York this week, ahead of his appearance at SXSW for a discussion about Ticketmaster, the role of technology in the concert business, and what it means to become what he calls a “life-long fan.”

In a wide-ranging and candid interview, Hubbard detailed plans to introduce dynamic pricing, paperless tickets, social media tools, and what he called “the science to set the right ticket price.”

Hubbard had harsh words for secondary ticket market StubHub, which he accused of waging a “propaganda war” against Ticketmaster.

Finally, he addressed the sensitive and controversial topic of ticket fees, saying it is “critical” that the industry heed calls by consumers that all fees and charges be displayed “right up front in the buying process.”

In contrast to some of the music industry’s Baby Boom-era titans — who ran the industry by God-knows-what-logic — Hubbard is among a new generation of entrepreneurs and executives using science and technology to try to transform hidebound companies and industries.

At the center of Hubbard’s focus, naturally, is ticket price, and he made it clear that the time has come to move beyond the industry’s traditional approach to ticket pricing, which he called “very unsophisticated.”