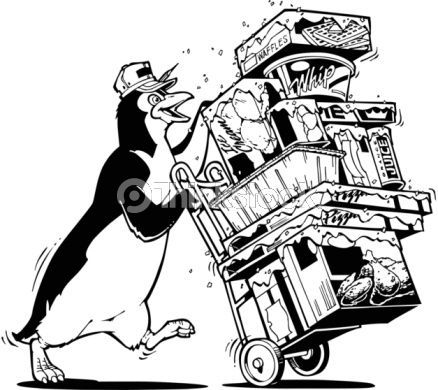 In a truly incredible example of the complete disregard for the health and safety of the American people, President Obama today told Americans that they should NOT prepare for radiation from the possible meltdown of the Fukushima nuclear power plant in Japan. His exact quote: “The Centers for Disease Control and Prevention and public health experts do not recommend people in the U.S. take precautionary measures beyond staying informed.”

In other words, Americans should do nothing other than listen to their government. Don’t buy potassium iodide pills (even though the U.S. Surgeon General has already urged people to do so), don’t fuel up your automobiles in case you need to evacuate California, don’t store some extra food and water… basically, don’t worry! There’s no problem! Obama says so!

In all my years of looking at the bizarre and sometimes idiotic rants of the “do not prepare” crowd (the Pollyannas of the world), I never imagined hearing the President of the United States telling people to do nothing while the nation stands on the verge of being hit with radioactive fallout from an increasingly likely nuclear meltdown event. This isn’t just a lack of leadership, in my opinion: It’s a cowardly act and a betrayal of the health and safety of the American people.

While Obama focuses on March Madness basketball, Fukushima burns, threatening to release a massive amount of radiation directly into the atmosphere. The United States has already confirmed that low levels of radiation will reach California by Friday (http://www.naturalnews.com/031733_r…). The coolant fuels have run dry in at least one reactor (http://www.naturalnews.com/031734_n…), meaning that the release of enormous amounts of radiation from spent fuel rods is now imminent. Last-ditch rescue efforts are underway, and while we can hope and pray that they are effective, it seems absolutely bewildering that at this moment, Obama would be telling Americans to effectively “do nothing.”

Earlier today, I published a list ofurgent action itemsfor Americans and Canadians living on the western edge of North America (http://www.naturalnews.com/031731_r…). The same advice applies to those living in Hawaii, too: Get prepared now, just in case the Fukushima plant releases a massive amount of radiation into the air!

President Obama believes your action list should contain exactly one item: 1) Listen to your government and nothing else.

To me, that sounds like a recipe for suicide. But I suppose it’s up to each person to decide whom they want to believe. If the meltdown happens and the radiation cloud heads into California,many of those who listened to Obama could die of cancerfrom radiation exposure. What an incredible legacy for a President to leave in the history books.

Whatever happened to the government’s own message to be prepared? Even the www.Ready.gov website run by the federal government says, “Get a kit. Make a plan. Be informed.”

Obama apparently thinks that’s two steps too many. Skip the kit. Screw the plan. Just listen to your government!

Incredible. I have never seen such a dangerous example ofthe complete and utter failure of leadership in America.

Should a meltdown actually occur, I can only say good luck to all those Americans who follow this man to their own graves.

Oh, and by the way, it’s no surprise to hear the CDC is also fully supportive of this “do nothing” preparedness plan. This is the same agency that still refuses to tell people to take vitamin D supplements to prevent outbreaks of infectious disease. It is truly breathtaking to witness the outright betrayal of the American people taking place in Washington right now