Join-Us | Log-In
Freedom Forum | Translate
A man in Tunisia is slapped across his face by a officious thug and then commits an act of self immolation outside the government office.  In the process he sets the Middle East on fire.

Yukari Mihamae is a unbidden hero.  A person who finally had enough.  A worm who turned. 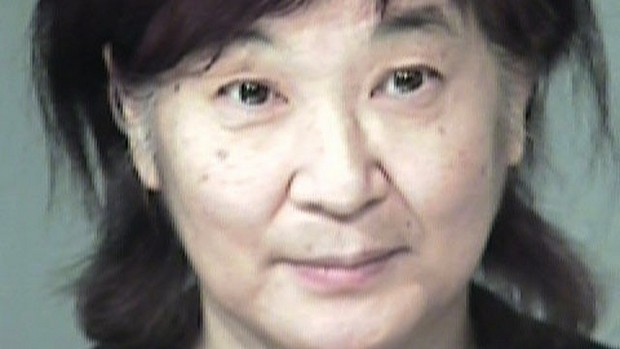 After complaining during her treatment by a TSA goon in a Phoenix, Arizona airport she turned and grabbed that government thug's tit to see how she liked it!

A person who assaults the King's man assaults The King.  In the minds of the United States of America, Inc. government she cannot be allowed to survive .

The Departments of "Homeland Security" and "Justice" will bring unlimited resources to bear in her very public destruction.  She shall be made example.

The initial charge against her is no accident: Sexual Assault.  Conviction carries a lifetime sentence of registering on a sexual offender list wherever she goes.  It makes good press releases from the prosecutor's office.  She has a slim chance of winning in a federal criminal court.

Maybe the Maricopa County prosecutor would like some publicity and criminally try Ms. Mihamae for sexual assault as well.  It is their modus operandi.

And no matter the criminal charges or outcome, Homeland Security will provide to the thug that assaulted Ms. Mihamae at taxpayer's expense, an excellent civil attorney to sue Ms. Mihamae for assault in federal civil court to make sure that even if she should somehow manage to prevail in criminal court, she will be rendered destitute for the remainder of her life.  Because they can.  The good news here is a jury no matter how hard the judge stacks it against her, probably doesn't like the TSA any more than she does.  It depends upon how much they love authority.  And whether they have a convict sitting in front of them or not.

She has a good chance of winning in the court of public opinion, despite the government fawning corporate press, due to the Internet and her greatest ally, the Transportation Security Administration.  Ms. Mihamae, you grabbed the tiger by the tail (er, so to speak).  You got its attention.  But you can't let go.  Let go even once and you get eaten.  It is too late for compromises or regrets.  It's time to start kicking that tiger as hard as you can in his balls!

Win the court of public opinion and you get book deals with movie rights.  Lose and you get ground under.  Who knows along the way perhaps you will set the country ablaze.

8 Comments in Response to Yukari Mihamae: An American Hero

Her defense is that she touched the TSA in exactly the same way the TSA touched her.  That puts the TSA in a bind - either both are guilty or both are not guilty.

The good news is we're not going to have to worry about immigration anymore. Who would want to come to this screwed up country?

It looks like the Co. Attorney was the initial place the charges were filed.  Not the feds--though they are still free to charge her too.

The judge released her on her own recognize after declaring there was no probable cause to hold her on the charge  of sexual assault.

I guess the Co. Attorney wasn't willing to play so he reduced it to a misdemeanor and punted to the City of Phoenix Municipal Court.  We will see if they want to play.

She apparently has an attorney in Phoenix.  Don't know who?

The local FOX News affiliate is reporting she travels weekly to PHX to translate for someone.  She just got tired of the abuse at the airport, and when she was offered to go get physically searched instead of scanned she said, "Like this?" and squeezed the TSA's tittie.

Do Yukari Mihamae have money for a lawyer and she will win her case in court. And if she do where do i send the money to.

Where did you guys learn the English language? Comic books?

The word is immolation.

In the first sentence do you mean self-immolation? Self-emulation is automatic.

Return of the tri-plane: The revolutionary British-built hybrid aircraft powered by...