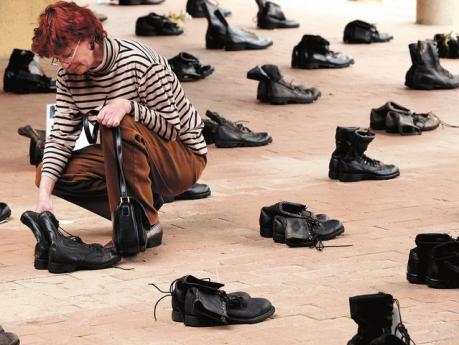 Boots on the Ground
The Downing Street Memos: The bread crumbs to Pax Americana & the Military Industrial Complex.

See memo from one week after taking office: http://thepriceofloyalty.ronsuskind.com/thebushfiles/archives/000067.html

A timeline of events that stretches from October, 1992 to present day (almost 1,000 links): http://downingstreetmemo.com/timeline/.

We know this from the autobiography of Paul O’Neil, Bush’s first Secretary of the Treasury who tells us in the very first cabinet meeting on January of 2001, Bush brought up the subject of ousting Saddam Hussein as the first and only topic he was interested in discussing.

Conspiracists have said the 9/11 attack was allowed or even planned by the Pentagon to in part give the Bush administration its pretext to start a war with Iraq. Now why conspiracists would think that the attacks led by CIA recruit Osama bin Ladin , who had already successfully attacked the twin towers in an effort to bring them down with explosives in 1993, worked with the U.S government remains a mystery to many.

Richard Clarke, Bush’s former “Terrorism Czar,” publishes his autobiography, Against All Enemies. “I expected to go back to a round of meetings [after the September 11 attacks] examining what the next attacks could be, what our vulnerabilities were, what we could do about them in the short term. Instead, I walked into a series of discussions about Iraq. At first I was incredulous that we were talking about something other than getting Al Qaeda. Then I realized with almost a sharp physical pain that Rumsfeld and Wolfowitz were going to try to take advantage of this national tragedy to promote their agenda about Iraq.”

Meanwhile the President's own 9/11 Cover-Up Commission report remains the best selling book on Amazon. But even it concluded that there was no evidence that Iraq was linked to the 9/11 attack or Al Qaeda.

We then have reporter Bob Woodward’s book outlining conversations with White House staff regarding the War in Iraq, and the decisions leading up to the war.

There is also documentation that the claim of Weapons of Mass Destruction were falsified.

Finally we arrive at the Downing Street memos, which show the British government conspiring with the Bush Administration to lead the American people into expending their money and their children in a never ending war in the Middle East, through the manipulation of the “in bed(dead )” press and other events that would include the new boogeyman: Terrorism.