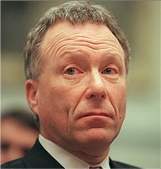 Your reporting, and you, are missed. Like many Americans, I admire your principled stand. But, like many of your friends and readers, I would welcome you back among the rest of us, doing what you do best -- reporting.

A few days ago, your counsel, Mr. Bennett, asked that I repeat for you the waiver of confidentiality that I specifically gave to your counsel over a year ago. His request surprised me, but I am pleased to comply, if it will speed your return.

I was surprised at Mr. Bennett's request, because my counsel had reassured yours well over a year ago that I had voluntarily waived the confidentiality of discussions, if any, we may have had related to the Wilson-Plame matter. As you know, in January 2004 I waived the privilege for purposes of allowing certain reporters identified by the Special Counsel to testify before the Grand Jury about any discussions I may have had related to the Wilson-Plame matter. The Special Counsel identified every reporter with whom I had spoken about anything in July 2003, including you. My counsel then called counsel for each of the reporters, including yours, and confirmed that my waiver was voluntary. Your counsel reassured us that he understood this, that your stand was one of principle or otherwise unrelated to us, and that there was nothing more we could do. In all the months since, we have never heard otherwise from anyone on your legal team, until your new counsel's request just a few days ago.

In the spirit of your counsel's and the Special Counsel's request, I would like to dispel any remaining concerns you may have that circumstances forced this waiver upon me. As noted above, my lawyer confirmed my waiver to other reporters in just the way he did with your lawyer. Why? Because, as I am sure will not be news to you, the public report of every other reporter's testimony makes clear that they did not discuss Ms. Plame's name or identity with me, or knew about her before our call. I waived the privilege voluntarily to cooperate with the Grand Jury, but also because the reporters' testimony served my best interests. I believed a year ago, as now, that testimony by all will benefit all.

I admire your principled fight with the Government. But for my part, this is the rare case where this "source" would be better off if you testified. That's one reason why I waived over a year ago, and in large measure, why I write again today. Consider this the Miller Corollary: "It's okay to testify about a privileged communication, when the person you seek to protect has waived the privilege and would be better off if you testify." If you can find a way to testify about discussions we had, if any, that relate to the Wilson-Plame matter, I remain today just as interested as I was over a year ago.

You went to jail in the summer. It is fall now. You will have stories to cover -- Iraqi elections and suicide bombers, biological threats and the Iranian nuclear program. Out West, where you vacation, the aspens will already be turning. They turn in clusters, because their roots connect them. Come back to work -- and life.

Until then, you will remain in my thoughts and prayers.