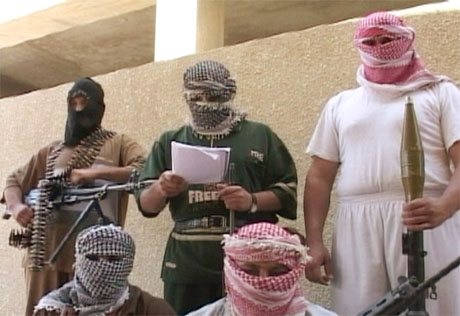 Thoughts on the Middle East, History, and Religion

Juan Cole is Professor of History at the University of Michigan

The Arabic text of the recently released letter alleged to be by Zawahiri (al-Qaeda's number two man) to Abu Musab al-Zarqawi in Iraq raises questions for me as to its authenticity.

The very first element of the letter is the blessing on the Prophet. It says:

(peace and blessings be upon the Messenger of God and his family and his companions . . .)

the phrase "salla Allahu `alayhi wa alihi wa sallam" (the blessings and peace of God be upon him and his family) is a Shiite form of the salutation, because of the emphasis of the Shiites on the House or descendants of the Prophet. Because of the cultural influence of Shiism in South Asia, one does find that form of the salutation in Pakistan and India among Sunni Muslims.

But before I went to Pakistan I had never, ever heard a Sunni Muslim add "wa alihi" (and his family) to the salutation. I associated it strongly with Iran and Shiism, and was taken aback to hear Sunnis say it on Pakistani television. Certainly, I never heard that form of it all the time I lived in Egypt.

I just put "salla Allahu `alayhi wa alihi wa sallam" into google in English transliteration and *all* the sites that came up on the first page were either Shiite or Pakistani Sunni (Chishti, Barelvi, etc.) I tried adding Misr (Egypt) to the phrase and got a Shiite attack on the medieval Sunni hardline thinker, Ibn Taymiya. I tried adding Qaida and got a Shiite attack on Sunni extremism.

I do not believe that an Egyptian like al-Zawahiri would use this phraseology at all. But he certainly would not use it to open a letter to a Salafi. Sunni hardliners deeply object to what they see as Shiite idolatry of the imams or descendants of the Prophet Muhammad, for whom they made shrines such as Ali's at Najaf and Husayn's at Karbala. In fact, hard line Wahhabis from Saudi Arabia attacked and sacked Karbala in 1803.

Adding to the salutation "the peace and blessings of God be upon him [Muhammad]" the phrase "and his family" would be an insult to Zarqawi and to the hardline Sunnis in Iraq.

Later he refers to Husain, the grandson of the Prophet Muhammad, as al-Imam al-sibt, "the Imam, the grandson". I do not believe that a hard line Sunni such as Zawahiri would call Husain an Imam. That is Shiite terminology.

The letter then says how much Zawahiri misses meeting with Zarqawi. Zarqawi was not part of al-Qaeda when he was in Afghanistan. He had a rivalry with it. And when he went back to Jordan he did not allow the Jordanian and German chapters of his Tawhid wa Jihad group to send money to Bin Laden. If Zawahiri was going to bring up old times, he would have had to find a way to get past this troubled history, not just pretend that the two used to pal around.

My gut tells me that the letter is a forgery. Most likely it is a black psy-ops operation of the US. But it could also come from Iran, since the mistakes are those a Shiite might make when pretending to be a Sunni. Or it could come from an Iraqi Shiite group attempting to manipulate the United States. Hmmm.

The authenticity of the letter has also been questioned by al-Qaeda in Iraq.

Col Douglas Macgregor Delivers an Update on Ukraine from a Perspective-

In biggest victory yet, Russia claims to capture Mariupol