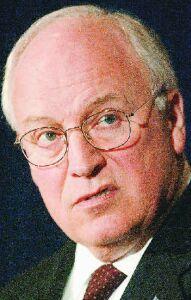 Cheney's Office Is A Focus in Leak Case

By Jim VandeHei and Walter Pincus

As the investigation into the leak of a CIA agent's name hurtles to an apparent conclusion, special prosecutor Patrick J. Fitzgerald has zeroed in on the role of Vice President Cheney's office, according to lawyers familiar with the case and government officials. The prosecutor has assembled evidence that suggests Cheney's long-standing tensions with the CIA contributed to the unmasking of operative Valerie Plame.

In grand jury sessions, including with New York Times reporter Judith Miller, Fitzgerald has pressed witnesses on what Cheney may have known about the effort to push back against ex-diplomat and Iraq war critic Joseph C. Wilson IV, including the leak of his wife's position at the CIA, Miller and others said. But Fitzgerald has focused more on the role of Cheney's top aides, including Chief of Staff I. Lewis "Scooter" Libby, lawyers involved in the case said.

One former CIA official told prosecutors early in the probe about efforts by Cheney's office and his allies at the National Security Council to obtain information about Wilson's trip as long as two months before Plame was unmasked in July 2003, according to a person familiar with the account.

It is not clear whether Fitzgerald plans to charge anyone inside the Bush administration with a crime. But with the case reaching a climax -- administration officials are braced for possible indictments as early as this week-- it is increasingly clear that Cheney and his aides have been deeply enmeshed in events surrounding the Plame affair from the outset.

It was a request by Cheney for more CIA information that, unknown to him, started a chain of events that led to Wilson's mission three years ago. His staff pressed the CIA for information about it one year later. And it was Libby who talked about Wilson's wife with at least two reporters before her identity became public, according to evidence Fitzgerald has amassed and which parties close to the case have acknowledged.

Lawyers in the case said Fitzgerald has focused extensively on whether behind-the-scenes efforts by the vice president's aides and other senior Bush aides were part of a criminal campaign to punish Wilson in part by unmasking his wife.

In a move people involved in the case read as a sign that the end is near, Fitzgerald's spokesman yesterday told the Associated Press that the prosecutor planned to announce his conclusions in Washington, where the grand jury has been meeting, instead of Chicago, where the prosecutor is based. Some lawyers close to the case cited courthouse talk that Fitzgerald might announce his findings as early as tomorrow, though hard evidence about his intentions and timing remained elusive.

In the course of the investigation, Fitzgerald has been exposed to the intense, behind-the-scenes fight between Cheney's office and the CIA over prewar intelligence and the vice president's central role in compiling and then defending the intelligence used to justify the war. Miller, in a first-person account Sunday in the Times, recalled that Libby complained in a June 23, 2003, meeting in his office that the CIA was engaged in "selective leaking" and a "hedging strategy" that would make the agency look equally prescient whether or not weapons of mass destruction were found in Iraq.

The special prosecutor has personally interviewed numerous officials from the CIA, White House and State Department. In the process, he and his investigative team have talked to a number of Cheney aides, including Mary Matalin, his former strategist; Catherine Martin, his former communications adviser; and Jennifer Millerwise, his former spokeswoman. In the case of Millerwise, she talked with the prosecutor more than two years ago but never appeared before the grand jury, according to a person familiar with her situation.

Starting in the days after the Sept. 11, 2001, terrorist attacks, the vice president was at the forefront of a White House campaign to convince Congress and the American public that invading Iraq was central to defeating terrorists worldwide. Cheney, a longtime proponent of toppling Saddam Hussein, led the White House effort to build the case that Iraq was an imminent threat because it possessed a dangerous arsenal of weapons.

Before the war, he traveled to CIA headquarters for briefings, an unusual move that some critics interpreted as an effort to pressure intelligence officials into supporting his view of the evidence. After the war, when critics started questioning whether the White House relied on faulty information to justify war, Cheney and Libby were central to the effort to defend the intelligence and discredit the naysayers in Congress and elsewhere.

Administration officials acknowledge that Cheney was immersed in Iraq intelligence, and pressed aides repeatedly for information on weapons programs. He regularly requested follow-up information from the CIA and others when a piece of intelligence caught his eye. Wilson's trip, for example, was triggered by a question Cheney asked during a regular morning intelligence briefing. He had received a Defense Intelligence Agency report alleging Iraq had sought uranium from Niger and wanted to know what else the CIA may have known. Cheney's office was not told ahead of time about the Wilson mission to investigate the claim.

In the Bush White House, Cheney typically has operated secretly, relying on advice from a tight circle of longtime advisers, including Libby; David Addington, his counsel; and his wife, Lynne, and two children, including Liz, a top State Department official. But a former Cheney aide, who requested anonymity, said it is "implausible" that Cheney himself was involved in the leaking of Plame's name because he rarely, if ever, involved himself in press strategy.

One fact apparently critical to Fitzgerald's inquiry is when Libby learned about Plame and her CIA employment. Information that has emerged so far leaves this issue murky. A former CIA official told investigators that Cheney's office was seeking information about Wilson in May 2003, but it's not certain that officials with the vice president learned of the Plame connection then.

Miller, in her account, said Libby raised the issue of Plame in the June 23, 2003, meeting, describing her as a CIA employee and asserting that she had arranged the trip to Niger. Earlier that month, Libby discussed Wilson's trip with The Washington Post but never mentioned his wife.

Senior administration officials said there was a document circulated at the State Department -- before Libby talked to Miller -- that mentioned Plame. It was drafted in June as an administrative letter and addressed to then-Undersecretary of State Marc Grossman, who was acting secretary at the time since Secretary of State Colin L. Powell and Deputy Secretary Richard L. Armitage were out of the country.

As a former State Department official involved in the process recalled it, Grossman wanted the letter as background for a meeting at the White House, where the discussion was focused on then growing criticism of Bush's inclusion in his January State of the Union speech of the allegation that Hussein had been seeking uranium from Niger.

The letter to Grossman discussed the reasons the Bureau of Intelligence and Research (INR) did not believe the intelligence, which originated from foreign sources, was accurate. It had a paragraph near the beginning, marked "(S)," meaning it was classified secret, describing a meeting at the CIA in February 2002, attended by another INR analyst, where Plame introduced her husband as the person who was to go to Niger.

Attached to the letter were the notes from the INR analyst who had attended the session, but they were written well after the event occurred and contained mistakes about who was there and what was said, according to a former intelligence official who reviewed the document in the summer of 2003.

Grossman has refused to answer questions about the letter, and it is not clear whether he talked about it at the White House meeting he was said to have attended, according to the former State official.

Fitzgerald has questioned several witnesses from the CIA and State Department before the grand jury about the INR memo, according to lawyers familiar with the case.