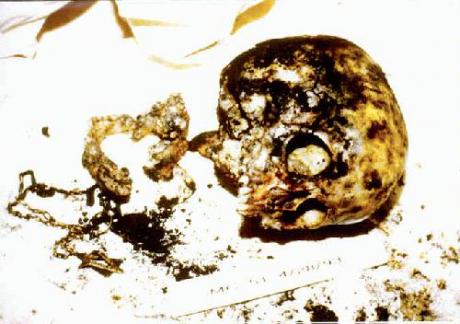 THE PROBLEM WITH GOVERNMENT

Government is a great evil on the earth. 100,000,000+ of governments’ own citizens were killed by them during the last 100 years alone. Why is government evil? Because of government’s ability to shield its workers from the consequences of their sins against the people. Yes, government by its nature gives a 97%+ immunity to crimes and offenses committed against individuals. By shielding and financing its workers, it allows its agents to become Gods. Gods over their neighbors. Gods with the power of suffering and/or life and death over another human being, to teach their neighbor a temporal ‘reality’ of their want-to-be godhood. This explains the Hitler’s, and Stalin’s, and the American killers of the people in Waco. They commit their crimes - crimes which without the power of ‘government’ behind it, would have been severely punished long ago.

Monopoly, the monopoly of government, safely allows one person to exercise his desired Godhood over another!

No government can be trusted, except that which is run by YHWH (*1) himself. Only the most limited of human governments may exist in probation, to correct real wrongs, without creating other wrongs in the process. Even a limited government is evil, unless it strictly(*2) follows the limitations of the real Elohim, YHWH. Only by acknowledging the real Creator, can the man-gods be made powerless, and society be truly free of their horrible oppressions. Only a limited government strictly following the laws and freedoms of YHWH can be legitimate - all others are evil. All others are an abuser of some portion of our fellow mankind.

Failure to follow YHWH and his laws, allows the agent(s) of government to create ‘laws’ in contrast to YHWH’s. Therein lies the power of the man god – that which to create laws. Once a man creates a law, he can rule over his neighbor life to the point of self-benefit, suffering, or even death. He can be his neighbor’s God.

There also exist men who use YHWH’s laws as pretension for their own godhood. They are often as evil as a secular man who creates manmade laws like a God. Unfortunately, we see this condition in the modern Church(*3) and religious institutions.

Men follow larger godless governments for two reasons, Fear or Greed. While pretending an allegiance to a ‘greater cause than themselves’, this ‘greater cause’ is just a psychological excuse to muffle resistance of their exercise of power over their neighbor.

A Nazi soldier in World War II would desire his neighbor’s house and wife, and take them in the name of the state. By doing this, he had just become a god. And the State which looked the other way, had previously declared its own higher godhood by creating the environment and opportunities for that soldier to commit these crimes in the first place. The both the state and its agent consider themselves Gods, and both, like any thief would kill the other, if they truly had the opportunity to do so without endangering the opportunity of spoils created by their mutual pact.

Regrettably, too much of the Church loves the state, because like the state, it attempts to exercise godhood over another. Quietly replacing YHWH, they make up rules and policies that overthrow or effectively nullify the edicts and freedoms of YHWH. Their unstated goal is to become the ‘power of attorney’ of YHWH himself on this earth. This goal is followed by the next rewarding goal of obedient, sacrificing members. The motivation again is fear or greed, usually greed. People’s lives are run by these control freaks in the name of God. Opportunities are lost and lives permanently damaged by these people. This damage is possible due to the psychological dependence they nurture beforehand, within the faithful. When the leader finally exercises some form of Godhood, the People rarely have the mental strength to resist, and lose many otherwise rare and beautiful opportunities of their lives, till it is too late. The sad living-death of Life is complete, because one man foolishly let another man be his god.

All governments not limited and obedient 100% to YHWH are a part of the implementation of the Death curse in Gen 3:19:

"By the sweat of your face
You shall eat bread,
Till you return to the ground,
Because from it you were taken;
For you are dust,
And to dust you shall return."

The majority of governments exist to grind the people into dust, with plenty of toil, lost opportunity, lost hope, and misery along the way. Government is often nothing more than one man living off the toil of another, or more apply stated, one group of men living off another group. The result is always toil and death.

It is one thing to call the governments of the earth as one of the largest implementers of the Genesis Death curse, it is quite another to call them 'Good' or 'Necessary'. That lie needs to be dispelled from this earth. This ‘good’ or ‘necessary’ lie is promoted by many of the modern religious institutions, and by the many benefactors of government. Government, unless strictly limited and 100% obedient to YHWH 100% of time, is not Good. Neither is it Necessary. It is a piece of rotten trash.

Let’s quit calling this common type of Government Good or Necessary. More importantly, let’s quit excusing and ignoring its sins against individuals in our society, its agents’ sins in particular.

Someone may ask, why the insistence on not only obedient government (to YHWH) but limited government? Government, when in peacetime(4) exceeds approximately 4% of the GNP(5) of a nation, starts to hit a critical mass, a mass wherein the pull and comforts of its evils are irresistible to too many of the population. Government builds itself by buying off leaders in society, and by purchasing large instruments of fear for the rest of us. Then the lazy amongst us, start to live off their neighbor from the strong hand of government. 4% of GNP becomes 5%, then 7% then up to 30%+ like in modern America and most of the world. Then the thousands of government’s sins have plenty of the People’s money, and bee swarms of paid agents to squelch any real correction of those sins. Then the sins rapidly multiply even further, the people become disheartened and lose their Love(6), and the whole mess takes society down after years of heartache. Look at Caesar’s Rome, Nazi Germany, Stalin’s USSR, Pol Pot’s Cambodia, etc., for examples.

Unlimited government always builds upon itself. It becomes like a large corporation, wanting to ‘do business’ with everybody, by force and fear, and when convenient by shared greed.

Mankind’s desire to place his share of toil upon his neighbor, and covet his neighbor’s possessions and wife, require the need for the limitations of YHWH on all men and all men’s attempts at governance. Any other(7) is not Good. Neither is it Necessary. Your own government is not a football team. If it resists YHWH's freedoms and laws it is Evil. Resist and educate. We all will live in a better society if you do. These actions are a permanent solution to 'The Problem with Government'

"And the serpent said to the woman, 'You surely shall not die! For God knows that in the day you eat from it your eyes will be opened, and you will be like God, knowing good and evil." Gen 3:4-5

2 Ps 2:2-5 The kings of the earth set themselves, and the rulers take counsel together, against YHWH and against his anointed, saying, 3 Let us break their bands asunder, and cast away their cords from us. 4 He that sitteth in the heavens shall laugh: YHWH shall have them in derision. 5 Then shall he speak unto them in his wrath, and vex them in his sore displeasure.

3 The masses of current Church institutions in the world, fortunately not all of them.

4 Peacetime: This term does not include the many wars pretended necessary by modern governments desiring an empire or influence over a region or people. Only defensive wars would be a temporary excuse for exceeding 4% GNP, an example would be the American Revolution of 1776-1783, and the defensive War of 1812 for a couple of clear examples.

5 GNP = Gross National Product of a Nation. Product output of the People.

6 Matt 24:12 "And because lawlessness is increased, most people's love will grow cold.” (lawlessness to YHWH, not Hitler). (In other words, Hitler should not get away with lawlessness, while pretending the people need to ‘obey’).

7. "No King but King 'Jesus'" was the citizen's cry during the American Revolution; probably this is the solution again.

What is primarily wrong with all levels of government? - THE GOVERNMENT'S ABILITY TO SHIELD ITS WORKERS (AND ITSELF) FROM THE CONSEQUENCES OF THEIR SINS AGAINST THE PEOPLE