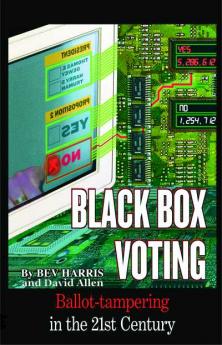 Brothers Dan and Dennis Gutenkauf are Vote Fraud experts who have detailed information that no level of government wants you to know.

Listen to the Windows Media Audio

When the radio station's transmitter went out, we missed a great guest.... He's baaaack.

Stu Krone is a computer security expert for a very large computer company (we'll call them Letni :}) Stu has taken on a project for his friend Ernest Hancock. Stu was assigned the task of taking his expertise and using it to examine the issue of Vote Fraud with computers. Loads more info at http://www.votescam.com.

Also joining us for a little while will be Vaughn Treude. Vaughn and Stu will tell us a little about the future of computer software and what the heck Linux is.

Susan Marie Weber is an accountant that saw right through the voter fraud in her small community in California. When no one would do anything about it she learned how to file a federal lawsuit and is now in the 9th Circuit Court of Appeals causing the government fits. You'll be sure to enjoy this one :)

Jim Condit http://www.votefraud.org Home of Citizens for a Fair Vote Count. The Nation's First Website on the Computerized Vote Fraud Problem. Our information exposing the computerized vote fraud syndicate was put up on the world wide web in March, 1996.

Computer vote fraud is explained by a Ph.D. in computer science. He started a vote fraud investigation for the ACLU when a race was in question and guess what he found out :)

Susan Marie Weber comes on the Declare Your Independence show immediately after walking out of the 9th Circuit Court of Appeals courthouse where she will have just given her oral argument on the issue of vote fraud in California and the responsibilities of the government to insure the accuracy of the vote.

This issue will not go away (I guarantee it :)

Mary Mcguire is the Associate Director of the Declaration of Independence Road Trip touring the United States for 3 years. I have the opinion that the Declaration has about as much to do with voting as the 2nd Amendment has to do with duck hunting. I'll be asking how this effort was conceived, why and by whom, as a 'Get Out The Vote' campaign. And how in the heck did the touch screen paperless voting machines get put into the tour? :)

Francis Barwood, a former Phoenix City Councilwoman and long time Republican Activist, before she retired to the mountains, is my guest.

Jim has just come from a court decision that has Diebold very unhappy. Give a listen won't you? :)

The article: http://www.newsreview.com/issues/sacto/2004-02-26/news.asp My main page on vote issues: http://www.equalccw.com/voteprar.html - the two most important docs are the first and second letter to the California Sec State, plus there's the "build your own Diebold vote-tally box" link to the actual GEMS program files and sample data sets. This is the only source of Diebold "executables" on the web. Jim