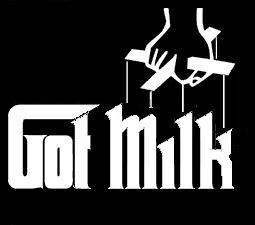 Most if us take for granted that we can run to the local store and buy a half gallon of milk whenever we need to. In the early 20th century however, things were a bit different. By 1933 depression era economic conditions, poor business decisions and a lack of technology had brought hard times to dairy farmers. In order to guarantee an adequate healthy supply of milk remained available to Americans the federal government stepped in. Over 70 years later an incomprehensible federally directed system of profit redistribution keeps large corporate dairy farms fat and happy by insulating them from the competition of the free market. This government sanctioned collusion maintains artificially high milk prices costing consumers and tax payers billions each year. Unsatisfied with existing profits, the Mega Milkers are setting their sights on the only competition that stands between them and unlimited profits.

John E. Frydenlund of Citizens Against Government Waste in his February 9th 2000 testimony to the Committee on Agriculture, Nutrition and Forestry in the US Senate said the following:

"The federal dairy program is a tangled web of mind-numbing pricing schemes that have metastasized into a more layered, incomprehensible, intrusive labyrinth increasingly divorced from economic realities. Rather than allowing the marketplace to determine the price of milk, dairy prices are controlled by behind-the-scenes maneuvering in Washington, bureaucratic log-rolling, and regional political favoritism... As we enter this new millennium, it is still the policy of the federal government to artificially prop up dairy prices for certain dairy producers at the expense of taxpayers, consumers, dairy processors, and even a significant number of other, less politically-connected dairy farmers. Unfortunately, the industry has chosen time and again to cling to a system which stifles any future ability to compete."

In this tangled web of federal regulations, milk production is pooled and prices smoothed. Price floors are set and profits guaranteed for many producers. Small family dairy “producer / handlers” can have their crumbs so long as they stay out of the way.

In a nut shell the Government says milk producers must participate in this milk pooling program. In exchange for participation they minimize risk thanks to a complex revenue sharing scheme supported by minimum pricing floors which preclude free market competition. Unfortunately, as with most federal programs, the heavys wield their political weight and the light weights can easily end up the looser.

Recognizing that such a system could be seen as interfering with a farmers freedom to farm as he sees fit, the government made an exemption to allow for smaller producer / handlers (dairy farms that produce and bring their milk to market). These producer handlers can operate outside of the pooling system and are not obliged to sell at the “fixed” prices.

But what happens when some of these producer handlers keep producing and keep handling ? So well in fact that their business continues thrives. They keep milking and bottling and selling at prices that the market will bear while earning a reasonable profit. These prices turn out to be substantially LESS than the prices fixed by the federal milk cartel. It doesn't take an economics professor to figure out that the fixed prices are probably higher than they need to be.

So we have efficient family farms working smart and hard to build an honest business that delivers quality milk products to willing consumers at cheaper prices. Thats good right ?

Well not according to the Department of Agriculture and the milk cartel. Their response ... extortion. Make that efficiently run milk producer handler pay their protection money like everyone else. Yes The Department of Agriculture is considering changes that would re-define “producer handlers” so that they would either have to limit their production to less than three million pounds per month, or join the milk pool and accept their pricing scheme.

Currently here in Arizona the Department of Agriculture, Senator John Kyl and the milk cartel have their sights set on Sarah Farms of Yuma. If they get their way this producer handler that supplies milk to Costco, Bashas and other retailers will be forced to sell at artificially inflated prices.

The mere fact that Sarah has been able to operate successfully and profitably in the free market without subsidy and maintain more competitive pricing speaks volumes. If they can do it why can't others ? Perhaps these other producers could if they had to, but why should they. Why get more efficient or compete for customers when they can exploit 70 year old “temporary” legislation that guarantees their profit.

As Mr. Frydenlund pointed out to the the Senate comitte:

“As with many other government programs gone haywire, intervention in the dairy industry was designed to be temporary. The preamble of the Agricultural Act of 1933, the first legislative foray into the industry, stated that the act was only meant "To relieve the existing national economic emergency by increasing agricultural purchasing power . . ." At the time, Congress reasoned that the dairy industry merited protection because of depression-induced instability in domestic markets and low milk prices. That emergency has been over for years, yet the legislation lives on. “

Perhaps due to political inertia this convoluted consumer / taxpayer supported subsidy won't be reversed anytime soon but these independent producer handlers, by virtue of their competitive pricing are anchoring milk prices. Should they get snuffed out, milk prices will be solely at the mercy of lobbyist, government bureaucrats and the milk cartel.

Coming soon ... Can millions in multinational lobbying money and a trio of southwest senators seal the deal ?

George Soros Gets A COVID Loan