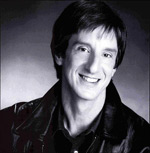 The celebrity fetus will grace the cover of next week’s issue of People, expected to be one of its biggest sellers ever.

According to People spokesperson Marla Divicentis, the magazine’s editors took the unusual step of putting a fetus on the cover after sneaking an early peek at Ms. Jolie’s ultrasound and pronouncing the unborn child “uber-hot.”

“We took one look at that ultrasound and decided that, quite simply, we had never seen a sexier fetus,” Ms. Divicentis said. “It is way hotter than Tom Cruise and Katie Holmes’ fetus.”

“It certainly is a lot taller,” she added.

Being named People’s first ever “Sexiest Fetus Alive” could prove a boon of publicity for Mr. Pitt and Ms. Jolie’s unborn progeny, especially if the mass of cells eventually decides to pursue an acting career.

But according to Buddy Schlantz, a veteran talent agent and observer of the Hollywood scene, the “Sexiest Fetus Alive” plaudit could turn out to be less a blessing than a curse.

“Getting this kind of publicity while still in utero could mean that this baby will never be taken seriously,” Mr. Schlantz. “That could hurt, especially if what the fetus really wants to do is direct.”

Elsewhere, one day after published reports alleged that author James Frey had fabricated sections of his bestselling memoir, A Million Little Pieces, Mr. Frey was named chief spokesman for the U.S. Defense Department.

NEWS UPDATE - The World is Burning!