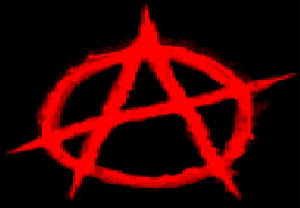 Be it enacted by the Legislature of the State of Arizona:

A. AFTER CONSULTATION WITH THE CLERK OF THE BOARD OF SUPERVISORS OF EACH AFFECTED COUNTY, THE SECRETARY OF STATE MAY ISSUE A DECLARATION POSTPONING THE DATE OF AN ELECTION AS THE RESULT OF CIVIL DISORDER, A NATURAL DISASTER, A STATE OF EMERGENCY OR ANY OTHER CATASTROPHIC EVENT. ON ISSUANCE OF THE DECLARATION, THE AFFECTED ELECTION IS POSTPONED.

Representative Doug Quelland called to inform me that he is willing to pull the bill and redraft something less scary.

How this bill got its start is a story all by itself.

The story starts with Letter from the Department of Defense dated January 3rd, 2006 (time stamped January 10th, 2006 by the Secretary of State's office) from J. Scott Wiedmann - Deputy Director of the Federal Voting Assistance Program.

Two and a half pages of what Arizona needs to do for them to make it easier for Military personel to vote should they be called to service on short notice.

What the letter does ask for is for the Secretary of State and the FVAP to "establish expeditious methods for handling absentee ballots including electronic transmission."

The end result of all of this is to create a method by which any "emergency" could trigger the paperless voting of all military personel that would then be transmitted to the State of Arizona by the Military Industrial Complex itself.

What worries me most is that the original letter from the Department of Defense makes it clear that they want all military personel to be able to vote on computer from anywhere in the world. While this sounds like a an improvement, it also means that all votes of military personel will be routed through the HQ of the 'Military Industrial Complex',... be very afraid!

Holy crap!!!! Talk about setting the stage to just phone it in. Geez. They really believe no one would catch on. (Certainly, most of the sleep-walkers who inhabit the land wouldn't, but those few hundred thousand who do just might become downright rebellious. I would certainly hope so.)

Gavin Newsom Will Win… Seriously… They Have The Fake Votes Ready...