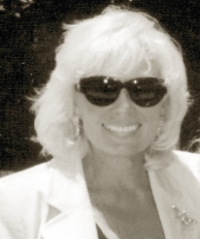 In the April 20, 2005, edition of Sonoran News I wrote a column titled, “Bad Position for a Good Man” about Republican State Party Chairman Matt Salmon. In it I described what a tough job it is to be a state party chairman and detailed some of the many positive things that Matt Salmon has done during his political career.

But there is an inescapable, intrinsic conflict of interest when a state chairman is also a highly-paid lobbyist for private industry, be the person in question Mother Teresa herself.

At the mandatory meeting of the Republican State Committee last Saturday, there was a perfect example of this conflict. Eight resolutions put forth by committee — plus one from the floor — were up for adoption. Resolution Number 8 could have been written by Ralph Nader of the Green Party himself: “Resolved, That the Arizona Republican Party calls upon the State of Arizona and the Federal government of the United States to more aggressively promote the development and use of renewable energy sources.” On the face of it, this sounds innocuous enough, and even praiseworthy. Until one realizes that the real goal is to use the resolution to lean on Arizona’s Corporation Commissioners to impose mandates of the percent of our energy that comes from “renewables” such as wind and solar. Now, it just so happens that Chairman Matt Salmon is paid handsomely by a private solar company to increase the amount of solar energy utilized in the U.S.

Dr. Howard C. Hayden is professor emeritus of physics at the University of Connecticut and a whiz kid and realist on the subject of alternative energy. In a review of Hayden’s book, “The Solar Fraud: Why Solar Energy Won’t Run the Word” reviewer Jay Lehr imparts the following: “Solar energy inspires passion, enthusiasm, and devotion, but unfortunately the litany of unrealistic, rosy predictions of a solar future constitute a fraud not founded on the unshakable physics that determines the sun’s capacity to supply our energy. It involves lying with statistics and attempting to manipulate the public into accepting what could only become a world of brownouts.” No wonder Chairman Salmon refused to turn on the microphones to allow discussion of the issue — although indicating minutes earlier that he would — before he rushed through a vote. The mystery author of Resolution 8 was not in the room.

No matter how the system is designed, solar energy will always be inefficient and uneconomical, reports Lehr, Princeton scientist and science director for the nonpartisan Heartland Institute.

The cost of solar energy is high, and the power companies in Arizona would dearly love to have taxpayers subsidize the costs of any mandates that come down from our Corporation Commissioners.

Nothing is as simple as it appears, but one can’t go wrong in following the money. Unfortunately, GOP state committeemen were used like an oblivious pack horse to carry a lobbyist’s water. Interestingly, the Corporation Commission is having a meeting this week on — you guessed it — renewable energy sources.

Becky Fenger can be reached at beckyfenger@cox.net.