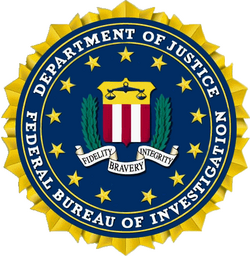 Federal authorities seized ballots cast in a 2004 Republican primary on Wednesday, a move that could put to rest a long-running dispute over who won the race.

FBI agents met with staff members from the Maricopa County Treasurer's Office in the afternoon to take control over the ballots, which have been stored in a secure air-conditioned facility near Sky Harbor International Airport.

At issue is the outcome of the close race between John McComish and Anton Orlich. McComish prevailed after an automatic recount found nearly 500 new votes, reversing the initial outcome.

McComish went on to become state representative for District 20.

Ever since, Orlich and his supporters have questioned how so many new votes appeared during the recount. After reviewing the voting machines used in the election, Douglas Jones, a University of Iowa computer scientist, said he could not rule out the possibility of fraud unless he examined the ballots to determine whether there had been tampering.

County Treasurer David Schweikert refused to release them, saying he needed a valid court order before he would relinquish control.

On Tuesday, he got one.

"We were just elated," Schweikert said of the moment his secretary called him to say that there were FBI agents waiting for him in his office. "I know it sounds odd to be elated to receive a subpoena, but it was what we'd all been asking for."

Sandy Raynor, spokeswoman for the U.S. Attorney's Office in Phoenix, said she could neither confirm nor deny the existence of an investigation into the District 20 election.

But county officials who are working with the agents say the Department of Justice plans to inspect the ballots. County officials say they have not been told how long the federal investigation will take.

To date, no evidence of wrongdoing has been found in the handling of the recount.

In addition to the ballots, the subpoena Schweikert received requested the original envelopes in which early ballots were cast and mailers in which ballots and envelopes were placed.

Sen. Jack Harper, who had called for federal authorities to investigate the recount, welcomed the news.

"If the Department of Justice does investigate, I'm sure they'll do a thorough job," said Harper, R-Surprise.

Harper has taken steady criticism for his own attempted investigation into the ballot recount, which has included handwritten subpoenas and funding from New Times, the weekly newspaper.

In turn, Harper has lashed out at County Attorney Andrew Thomas for what he described as "stonewalling, blackballing and outright character assassination."

The attorney's office, which represents Schweikert, said officials were happy to comply with the subpoena.

"It was always a question of process," said Barnett Lotstein, special assistant county attorney. "We were looking for an independent evaluation and an evaluation by an appropriate body. Having the feds look at those ballots is something that we're pleased with. . . . It will answer whatever questions there are by Mr. Harper or anyone else."

McComish said he agreed with comments Thomas made last month at a hearing on the issue by Harper's Government Accountability and Reform Committee.

Among other things, Thomas said the ongoing dispute could be seen as an effort to "de-legitimize the election."

"There has to be finality to elections," Thomas told the committee. "You can't have people challenging de facto elections a year and a half after the fact."

"Certainly this whole thing continuing is disturbing to my family," McComish said Wednesday. "But setting that aside, I think public policy is not well served for this to continue, for the reasons Andy Thomas gave when he testified."

Gavin Newsom Will Win… Seriously… They Have The Fake Votes Ready...