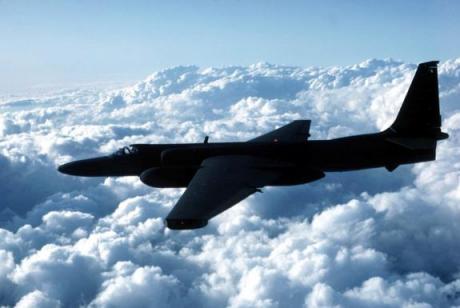 Tony Blair told President George Bush that he was "solidly" behind US plans to invade Iraq before he sought advice about the invasion's legality and despite the absence of a second UN resolution, according to a new account of the build-up to the war published today.

A memo of a two-hour meeting between the two leaders at the White House on January 31 2003 - nearly two months before the invasion - reveals that Mr Bush made it clear the US intended to invade whether or not there was a second UN resolution and even if UN inspectors found no evidence of a banned Iraqi weapons programme.

"The diplomatic strategy had to be arranged around the military planning", the president told Mr Blair. The prime minister is said to have raised no objection. He is quoted as saying he was "solidly with the president and ready to do whatever it took to disarm Saddam".

The disclosures come in a new edition of Lawless World, by Phillipe Sands, a QC and professor of international law at University College, London. Professor Sands last year exposed the doubts shared by Foreign Office lawyers about the legality of the invasion in disclosures which eventually forced the prime minister to publish the full legal advice given to him by the attorney general, Lord Goldsmith.

· Mr Bush told Mr Blair that the US was so worried about the failure to find hard evidence against Saddam that it thought of "flying U2 reconnaissance aircraft planes with fighter cover over Iraq, painted in UN colours". Mr Bush added: "If Saddam fired on them, he would be in breach [of UN resolutions]".

· Mr Bush even expressed the hope that a defector would be extracted from Iraq and give a "public presentation about Saddam's WMD". He is also said to have referred Mr Blair to a "small possibility" that Saddam would be "assassinated".

· Mr Blair told the US president that a second UN resolution would be an "insurance policy", providing "international cover, including with the Arabs" if anything went wrong with the military campaign, or if Saddam increased the stakes by burning oil wells, killing children, or fomenting internal divisions within Iraq.

· Mr Bush told the prime minister that he "thought it unlikely that there would be internecine warfare between the different religious and ethnic groups". Mr Blair did not demur, according to the book.

The revelation that Mr Blair had supported the US president's plans to go to war with Iraq even in the absence of a second UN resolution contrasts with the assurances the prime minister gave parliament shortly after. On February 25 2003 - three weeks after his trip to Washington - Mr Blair told the Commons that the government was giving "Saddam one further, final chance to disarm voluntarily".

He added: "Even now, today, we are offering Saddam the prospect of voluntary disarmament through the UN. I detest his regime - I hope most people do - but even now, he could save it by complying with the UN's demand. Even now, we are prepared to go the extra step to achieve disarmament peacefully."

On March 18, before the crucial vote on the war, he told MPs: "The UN should be the focus both of diplomacy and of action... [and that not to take military action] would do more damage in the long term to the UN than any other single course that we could pursue."

The meeting between Mr Bush and Mr Blair, attended by six close aides, came at a time of growing concern about the failure of any hard intelligence to back up claims that Saddam was producing weapons of mass destruction in breach of UN disarmament obligations. It took place a few days before the then US secretary Colin Powell made claims - since discredited - in a dramatic presentation at the UN about Iraq's weapons programme.

Earlier in January 2003, Jack Straw, the foreign secretary, expressed his private concerns about the absence of a smoking gun in a private note to Mr Blair, according to the book. He said he hoped that the UN's chief weapons inspector, Hans Blix, would come up with enough evidence to report a breach by Iraq of is its UN obligations.

Downing Street did not deny the existence of the memo last night, but said: "The prime minister only committed UK forces to Iraq after securing the approval of the House of Commons in a vote on March 18, 2003." It added the decision to resort to military action to ensure Iraq fulfilled its obligations imposed by successive security council resolutions was taken only after attempts to disarm Iraq had failed. "Of course during this time there were frequent discussions between the UK and US governments about Iraq. We do not comment on the prime minister's conversations with other leaders."

Sir Menzies Campbell, the Liberal Democrat acting leader, said last night: "The fact that consideration was apparently given to using American military aircraft in UN colours in the hope of provoking Saddam Hussein is a graphic illustration of the rush to war. It would also appear to be the case that the diplomatic efforts in New York after the meeting of January 31 were simply going through the motions.

"The prime minister's offer of February 25 to Saddam Hussein was about as empty as it could get. He has a lot of explaining to do."

Prof Sands says Sir Jeremy Greenstock, Britain's UN ambassador at the time, told a foreign colleague he was "clearly uncomfortable" about the failure to get a second resolution. Foreign Office lawyers consistently warned that an invasion would be regarded as unlawful. The book reveals that Elizabeth Wilmshurst, the FO's deputy chief legal adviser who resigned over the war, told the Butler inquiry into the use of intelligence during the run-up to the war, of her belief that Lord Goldsmith, the attorney general, shared the FO view. According to private evidence to the Butler inquiry, Lord Goldsmith told FO lawyers in early 2003: "The prime minister has told me that I cannot give advice, but you know what my views are".

On March 7 2003 he advised the prime minister that the Bush administration believed that a case could be made for an invasion without a second UN resolution. But he warned that Britain could be challenged in the international criminal court. Ten days later, he said a second resolution was not necessary.