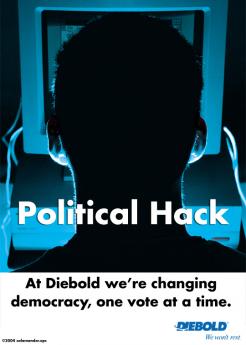 Those interested in Election Integrity will be entertained as they witness how legislatures truly functions today.

I’ve tracked dozens of election law bills and initiated or was part of over a dozen lawsuits on election law in state and federal courts as an individual and as a political party officer. And I have some predictions on what will happen this legislative session and for the 2006 election cycle regarding the issue of Election Integrity.

Activist need to be prepared to take advantage of the public awareness this issue finally has and plan on the need to maintain constant pressure on those responsible for blocking legislation that would close opportunities for Election Fraud.

Senator John Huppenthal is the Chairman of the Judiciary Committee and had SB1557 assigned him so that he could ‘take care of it’. SB1557 was crafted by election law experts to address concerns brought up by the government’s own research. Senator Karen Johnson has stood tough and refused to compromise on the most important portions of the bill. Manual tabulation of 5% of the ballots will do a great deal to restore confidence in the voting process. Without a physical ballot to compare to what computers produce we are left with a promise from people that should never be trusted.

Attaining positions of power that provide access to the largest treasure of all time, The American Public Purse, is the focus of the worst sort. To think that these people robbing us of our property wouldn’t use a silent floppy disk instead of a noisy gun is to be naïve.

Senator Huppenthal is the Senator from District #20 where the Election Fraud in Arizona is focused. Either his committee shouldn’t have been assigned the Election Reform bill or he should be very supportive of getting it through his committee to remove any impression of being in support of keeping things the way they are in light of obvious problems with the election process. But experience has shown me that no matter what Huppenthal decides, the entire power of the Empire will come to bear to make certain that manual validation of the election computers “after the election with physical ballots” will never be allowed.

I am of the opinion that everything activists are now doing is the right thing to do and so many are to be commended for their stellar efforts. I am also of the opinion that this issue will need constant attention through this entire election cycle and all of the rest to come.

The largest victory will be the experience of interested people. The first step to any reform is to understand just what the problems really are. And there is much more at stake here than most realize.

The Maricopa County Election Audits And The Intelligence Community: The Untold Story