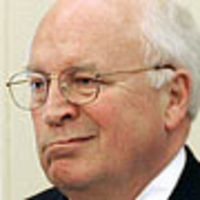 A written report from Secret Service agents guarding Vice President Dick Cheney when he shot Texas lawyer Harry Whittington on a hunting outing two weeks ago says Cheney was "clearly inebriated" at the time of the shooting.

Agents observed several members of the hunting party, including the Vice President, consuming alcohol before and during the hunting expedition, the report notes, and Cheney exhibited "visible signs" of impairment, including slurred speech and erratic actions, the report said.

According to those who have read the report and talked with others present at the outing, Cheney was drunk when he gunned down his friend and the day-and-a-half delay in allowing Texas law enforcement officials on the ranch where the shooting occurred gave all members of the hunting party time to sober up.

We talked with a number of administration officials who are privy to inside information on the Vice President's shooting "accident" and all admit Secret Service agents and others saw Cheney consume far more than the "one beer' he claimed he drank at lunch earlier that day.

"This was a South Texas hunt," says one White House aide. "Of course there was drinking. There's always drinking. Lots of it."

Cheney has a long history of alcohol abuse, including two convictions of driving under the influence when he was younger. Doctors tell me that someone like Cheney, who is taking blood thinners because of his history of heart attacks, could get legally drunk now after consuming just one drink.

If Cheney was legally drunk at the time of the shooting, he could be guilty of a felony under Texas law and the shooting, ruled an accident by a compliant Kenedy County Sheriff, would be a prosecutable offense.

But we will never know for sure because the owners of the Armstrong Ranch, where the shooting occurred, barred the sheriff's department from the property on the day of the shooting and Kenedy County Sheriff Ramon Salinas III agreed to wait until the next day to send deputies in to talk to those involved.

Sheriff's Captain Charles Kirk says he went to the Armstrong Ranch immediately after the shooting was reported on Saturday, February 11 but both he and a game warden were not allowed on the 50,000-acre property. He called Salinas who told him to forget about it and return to the station.

"I told him don't worry about it. I'll make a call," Salinas said. The sheriff claims he called another deputy who moonlights at the Armstrong ranch, said he was told it was "just an accident" and made the decision to wait until Sunday to investigate.

"We've known these people for years. They are honest and wouldn't call us, telling us a lie," Salinas said.

Like all elected officials in Kenedy County, Salinas owes his job to the backing and financial support of Katherine Armstrong, owner of the ranch and the county's largest employer.

"The Armstrongs rule Kenedy County like a fiefdom," says a former employee.

Secret Service officials also took possession of all tests on Whittington's blood at the hospitals where he was treated for his wounds. When asked if a blood alcohol test had been performed on Whittington, the doctors who treated him at Christus Spohn Hospital Memorial in Corpus Christi or the hospital in Kingsville refused to answer. One admits privately he was ordered by the Secret Service to "never discuss the case with the press."

It's a sure bet that is a private doctor who treated the victim of Cheney's reckless and drunken actions can't talk to the public then the memo that shows the Vice President was drunk as a skunk will never see the light of day.