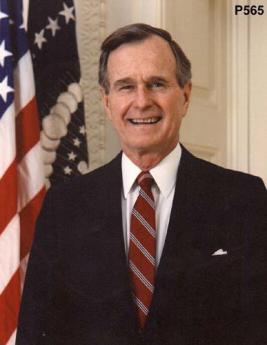 Section 1. Definitions. For purposes of this order: (a) “Privatization” means the disposition or transfer of an infrastructure asset, such as by sale or by long-term lease, from a State or local government to a private party.

(b) “infrastructure asset” means any asset financed in whole or in part by the Federal Government and needed for the functioning of the economy. Examples of such assets include, but are not limited to: roads, tunnels, bridges, electricity supply facilities. mass transit, rail transportation, airports, ports. waterways, water supply facilities, recycling and wastewater treatment facilities, solid waste disposal facilities, housing, schools, prisons, and hospitals.

(c) “Originally authorized purposes” means the general objectives of the original grant program; however, the term is not intended to include every condition requires for a grantee to have obtained the original grant.

(d) “Transfer price” means: (i) the amount paid or to be paid by a private party for an infrastructure asset, if the asset is transferred as a result of a competitive bidding; of (ii) the appraised value of an infrastructure asset, as determined by the head of the executive department or agency and the Director of the Office of Management and Budget, if the asset is not transferred as a result of competitive bidding.

Sec. 2. Fundamental Principles. Executive departments and agencies shall be guided by the following objectives and principles: (a) Adequate and well-maintained infrastructure is critical to economic growth. Consistent with the principles of federalism enumerated in Executive Order No. 12612, and in order to allow the private sector to Provide for infrastructure modernization and expansion, State and local governments should have greater freedom to privatize infrastructure assets.

(b) Private enterprise and competitively driven improvements are the foundation of our Nation’s economy and economic growth. Federal financing of infrastructure assets should not act as a barrier to the achievement of economic efficiencies through additional private market financing or competitive practices, or both.

(c) State and local governments are in the best position to assess and respond to local needs. States and local governments should, subject to assuring continued compliance with Federal requirements that public use be on reasonable and nondiscriminatory terms, have maximum possible freedom to make decisions concerning the maintenance and disposition of their federally financed infrastructure assets.

(d) User fees are generally more efficient than general taxes as a means to support infrastructure assets. Privatization transactions should be structured so as not to result in unreasonable increases in charges to users.

Sec. 3. Privatization initiative. To the extent permitted by law, the head of each executive department and agency shall undertake the following actions: (a) Review those procedures affecting the management and disposition of federally financed infrastructure assets owned by State and local governments and modify those procedures to encourage appropriate privatization of such assets consistent: with this order;

(b) Assist State and Local governments in their efforts to advance the objectives of this order; and

(c) Approve State and local governments’ requests to Privatize infrastructure assets, consistent with the criteria in section 4 of this order and, where necessary, grant exceptions to the disposition requirements of the “Uniform Administration Requirements for Grants and Cooperative Agreements to State and Local Governments” common rule, or other relevant rules or regulations for infrastructure assets; provided that the transfer price shall be distributed, as paid, in the following manner: (i) State and local governments shall first recoup in full the unadjusted dollar amount of their portion of total project costs (including any transaction and fix-up costs they incur) associated with the infrastructure assets involved; (ii) if proceeds remain, then the Federal Government shall recoup in full the amount of Federal grant awards, associated with the infrastructure assets, less the applicable share of accumulated depreciation on such asset (calculating using the Internal Revenue Service accelerated depreciation schedule far the categories of assets in question); and (iii) finally, the State and local governments shall keep any remaining proceeds,

Sec. 4. Criteria. To the extent permitted by law, the head of an executive department or agency shall approve a request in accordance with section 3(c) of this order only if the grantee: (a) Agrees to use the proceeds described in section 3 (e)(iii) of this order only far investment in additional infrastructure assets (after public notice of the proposed investment) or for debt or tax reduction; and

(b) Demonstrates that a market mechanism, legally enforceable agreement, or regulatory mechanism will ensure that: (i) the infrastructure asset or assets will continue to be used for their originally authorized purposes; and (ii) user charges will be consistent with any current Federal conditions that protect users and the public by limiting the charges.

Sec. 5. Government-wide coordination and Review. In implementing Executive Order Nos. 12291 and 12498 and OMB Circular No. A-19, the Office of Management and Budget, to the extent permitted by law and consistent with the provisions of those authorities, shall take action to ensure that the policies of the executive department and agencies are consistent with the principles, criteria. and requirements of this order. me Office of Management and Budget shall review the results of implementing this order and report thereon to the President one year after the date of this order.

Sec. 6. Preservation of Existing m Authority. Nothing in this order is in any way intended to limit any existing authority of the heads of executive departments and agencies to approve privatization proposals that are otherwise consistent with law.

Sec. 7. Judicial Review. This order is intended only to improve the internal management of the executive branch, and is not intended to create any right or benefit, substantive or procedural, enforceable by a party against the United States, its agencies or instrumentality’s, its officers or employees, or any other person.

How Did The Greatest Country In The World Get To This Point?

'GIVE PEOPLE BACK THEIR GODDAMN FREEDOM': Elon Musk bashes US shelter-in-place orders as

BETRAYED: The Rise and Fall of Dr. Fauci