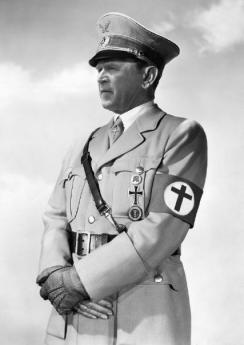 From Superpower to Tinhorn Dictatorship

The congressional elections this coming November is the last chance for for Americans to reaffirm the separation of powers that is the basis of their civil liberties. Unless the voters correct their mistake of putting both the executive and legislative branches in the hands of the same party and deliver the House or the Senate to the Democrats, there is nothing on the domestic scene to stand in the way of more power, and less accountability, being accumulated in the executive.

The Democrats have been a totally ineffective opposition and might not inspire any voter response other than apathy. Rather than vote for a cowardly party that is afraid to defend the Constitution, voters might simply not vote at all.

In this unfortunate event, the only check on the Bush regime is its own hubris.

Bush’s ill-fated invasion of Iraq has set in motion forces beyond his control. On February 23 the Asia Times reported that America’s Pakistani puppet, Musharraf, is “losing his grip.” Some Pakistani provinces are already beyond Musharraf’s control, and the remainder are rioting against “Busharraf” as Musharraf is now known. The infantile American press misrepresents the riots as responses to the Danish cartoons of the Prophet Muhammed, but in fact the target of the riots is the American puppet.

By invading Afghanistan and Iraq and by threatening Syria and Iran, Bush has taught Muslims everywhere that they owe their humiliation to the Western controlled secular governments that suppress their aspirations. They are realizing that their power resides in Islam and that this power is suppressed by secular governments. Busharraf is probably dead meat, and when he goes so does the US military adventure in Afghanistan.

When Bush attacks Iran, the US army will be caught between the Iraqi Shia and the Iranian Shia and will be decimated in fourth generation conflict, so aptly described by William S. Lind. If a few thousand Sunni insurgents can tie down 10 US divisions, imagine the fate of US forces trapped in a Shia crescent.

The collapsing power of the US hegemon is everywhere evident. It is evident in the inability to successfully occupy Iraq or even Baghdad. It is evident in the growing military cooperation between North and South Korea, and it is evident it the revolt in the Indian government against Prime Minister Singh’s nuclear agreement with the US. Indians say this agreement subjects India to US hegemony and represents America’s attempt to block India’s pioneering research on thorium as a nuclear fuel. Opposition parties have told Singh that if he signs the agreement, they will bring down his government.

The entire world now recognizes that America has lost its economic power and is dependent on the rest of the world to finance its budget and trade deficits. The US no longer holds the cards. American real incomes are falling, except for the rich. Jobs for university graduates are scarce, and advanced technology products must be imported from China. The US is a rapidly declining power and may soon end up as nothing but a tinhorn dictatorship.

Dr. Roberts [send him mail] is Chairman of the Institute for Political Economy and Research Fellow at the Independent Institute. He is a former associate editor of the Wall Street Journal, former contributing editor for National Review, and a former assistant secretary of the U.S. Treasury. He is the co-author of The Tyranny of Good Intentions.