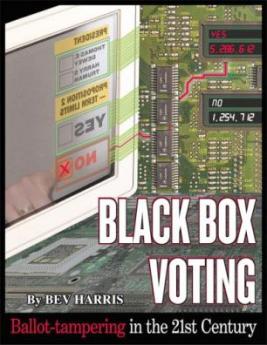 Letter Calls for Censure of Official as Onlookers Stunned by Encounter, Feared Violence Would Break Out...

Letter Calls for Censure of Official as Onlookers Stunned by Encounter, Feared Violence Would Break Out...

The battle between Election Officials and Election Integrity Advocates has been simmering and intensifying for some time. Last week, in Arizona, one such confrontation boiled over briefly into an outburst...

The battle between Election Officials and Election Integrity Advocates has been simmering and intensifying for some time. Last week, in Arizona, one such confrontation boiled over briefly into an outburst at a public meeting which was documented on video tape. In what could be a preview for the Electoral Integrity fight still to come, Pima County, Arizona's Election Director Brad Nelson went into a short tirade last Tuesday as the video camera rolled during a local Democratic precinct council meeting in the state's 26th Legislative District.

The BRAD BLOG has obtained the exclusive video of the event which reveals the Republican Nelson flying off the handle and shouting as he confronts Election Integrity Advocate, John Brakey, "nose to nose" during a question about Diebold's DRE (touch-screen) voting machines. Before Brakey was able to get to his main question concerning Nelson's plans for Logic and Accuracy testing on the machines, he was interupted by Nelson's outburst over whether or not he had, in fact, signed a contract for use of the new voting machines in the county.

Diebold's hackable touch-screen machines have been recently approved for first-time use in the state by Arizona's Secretary of State Jan Brewer.

Ironically enough -- especially in light of this new video -- Brewer herself recently referred to election integrity advocates as "anarchists" in an interview with the Arizona Star after demonstrators concerned about Diebold interrupted her re-election campaign announcement just after the first of this year.

While Nelson's confrontational rant was just short of anarchic, it certainly sent a shockwave of concern throughout the room of stunned onlookers.

One of the witnesses present, Rev. Gerry Straatemeier, described the "intimidating behavior" displayed in the incident as "completely out of line for a public official". Straatemeier was so troubled by the display that she sent an open letter to the Pima County Board of Supervisors calling for Nelson to be censured for the behavior. In the letter (posted in full at the end of this item, along with a text transcript of the event) Straatemeier says, "I really thought he was going to land a blow on Mr. Brakey and I was scared to death."

In the video, Nelson charges towards the camera at one point -- which Brakey was standing near -- coming so close that it's impossible to see anything but his chest in full camera's full frame.

Straatemeier, in her letter, suggests the tirade was an attempt to intimidate Brakey -- and other election integrity advocates -- from further inquiry into the controversial Diebold touch-screen voting equipment now coming into Arizona despite a Dept. of Homeland Security warning that their tabulator software is hackable, a non-partisan GAO report confirming the failures and loss of ballots via electronic voting, and a recent independent analysis [PDF] commissioned by the Sec. of State of California which warns about the hackable "interpeted code" used in Diebold voting machines despite a ban on such code by the federal Help America Vote Act (HAVA) guidelines.

As we reported in May of last year, Brakey has for some time been closely investigating a number of troubling anomolies in recent Arizona elections. His intensive work auditing his own precinct in Pima County, where he says evidence suggest fraud occurred in the 2004 election, was covered in detail last year by The Tuscon Weekly. That work has brought him in contact many times in the past with Nelson -- without incident apparently, until last week.

Last Tuesday, as the following video shows, the simmering frustration and growing anger roiling up between many Election Officials and Election Reformers, has finally begun to make its way to the surface and into the public eye...

A complete text transcript of the incident, and a copy of Straatemeier's open letter to the Pima County Board of Supervisors calling for censure of Nelson follows...

TRANSCRIPT OF THE INCIDENT...

NELSON: (interrupting) …I don’t know that.

BRAKEY: Well, didn't you sign the contract for it in the last day or two?

BRAKEY: No? When's the contract going to be signed?

NELSON: It's already signed by the Secretary of State.

BRAKEY: All I can say is the county…

NELSON: (still shouting) ...Was my name on the contract or not?! You said it was!

BRAKEY: No it wasn't. I did not say it was. I didn’t say it was. (Nelson backs away) I’m asking a simple question. How you want a accuracy and vote test when you run these ballots through the DRE when there’s nothing…

NELSON: (talking at the same time) ...What’s this have to do with Proposition 200?

BRAKEY: It's a lot because we our vote needs to count and we want to verify it. We're voting on faith-based voting systems (laughter in room) …that’s what it comes down to. Over here when you came in here you said well, I'm going to buy these machines and when they come in we'll just kick 'em around or whatever. Over three million dollars.

LD Chair: OK, you've asked your question, you answer the question and then we’ll move on, here.

BRAKEY: My question is how are you going to do an accuracy vote test on a DRE when it doesn't have a ballot but just a paper...magnetic paper?

NELSON: I haven't had the equipment in my hands yet....It's like asking me whether Marilyn Farnsworth was a good kisser in my senior high school class -- until I kissed her, I didn't know…and she was. (laughter in room) So I...I...

BRAKEY: In New Mexico on DRE's for a Presidential election in some precincts they had an undervote of 37% for President. That means 100 people showed up and 37 did not vote for President. Now, if it was a small little race I could understand that. Usually with optical scans it's less than 1%.

NELSON: I've answered his question. I haven't seen the equipment.

LD Chair: OK...We're going to discuss this at one of our meetings about this situation and we’ll reschedule your concerns what's going to be on the ballot and that sort of thing. Yes. We're all concerned about that.

OPEN LETTER FROM REV. GERRY STRAATEMEIER TO PIMA COUNTY, AZ BOARD OF SUPERVISORS...

Brad Nelson, our Pima County Election Director, visited the LD 26 Democratic PC meeting last evening, to follow a terrific presentation by F. Ann Rodriguez on new Voter Registration procedures (which we will publish) with some remarks on voting.

At the conclusion of his remarks, when questions from the floor were invited, election integrity activist John Brakey of AUDITAZ asked Mr. Nelson whether he would be using the Diebold DRE voting machines (that have proved so unreliable across the country, decertified in several places, and and which do not allow a hand recount, but have been ordered for Pima County). Inexplicably, and out of context, Mr. Nelson completely lost his temper, and redfaced, in a very threatening manner, moved quickly across the room and started screaming at Mr. Brakey, nose to nose. I think he was screaming that his name was not on the purchase order, and he didn’t know anything about it. I really thought he was going to land a blow on Mr. Brakey and I was scared to death. No one knew what to do. The district chair appropriately gaveled him to silence, but moved on to other items to avoid the possible violence, and the questions that many of us had about the use of Diebold machines in our county was aptly suppressed – which was undoubtedly Mr. Nelson’s miscalculated purpose.

This intimidating behavior was completely out of line for a public official, and he should be censured. A district meeting is not a barroom brawl, and civil debate must not be allowed deteriorate into violence, or no one will ever voice their opinion. Beyond that, does it show a level of fear that, in matters of fairly counting the vote, the public might find out that there is "something rotten in Denmark?" It certainly lends credence to a full investigation of election processes, procedures, and safeguards in Pima County, for the good of all voters.

After all, our democracy is based on the notion that we have fairly voted for those who represent us, and that vote cannot be compromised, as I am sure officials of all political persuasions will agree.