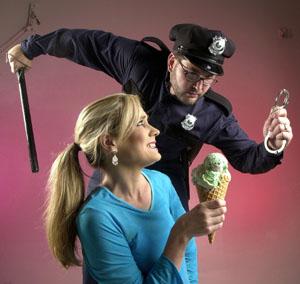 Last month the New York City Board of Health approved a plan to create an electronic database to monitor the blood-sugar levels of diabetics. Under the plan, laboratories will be required to submit abnormal blood-test results to the board. Then patients will be contacted and referred to a physician or a community clinic for follow-up treatment, which might include at-home testing kits, medicine, exercise regimes, and nutritional counseling. Proponents argue the program can prevent costly and devastating health problems associated with diabetes. But others have serious concerns about privacy and liberty.

For example, on December 19 the Washington Times editorialized against the idea in “The Sugar Police”: “In an appalling extension of the nanny state, New York is slated to become the first city to monitor diabetics' blood-sugar levels. It plans to register them like HIV or tuberculosis sufferers and nag them when their levels aren't healthy enough. Drop the cupcake; here come the sugar police.” The Times continued, “No one denies diabetes' ill effects on Americans.... But who put city bureaucrats in charge of peoples' eating and exercise habits? The sugar police don't want to answer that question. In reality they are trying to install themselves as regulators of citizens' personal lives.”

On January 11 the Washington Post reported, “The unprecedented step is being hailed by many health experts as a bold attempt to improve care for diabetes, one of the nation's biggest medical problems, which is burgeoning into a crisis because of the aging population and the obesity epidemic.” But, the Post continued, “Some public health experts, ethicists and privacy advocates, however, say that the initiative raises serious concerns about confidentiality and is an alarming government intrusion into people's medical care.”

Some concerns about the diabetes tracking system cited by the Post include:

· Greater Government Intrusion: Lawrence O. Gostin, director of the Center for Law and the Public's Health at Georgetown and Johns Hopkins universities, stated, “There are lots of good reasons to do this kind of thing, but the questions it raises all have to do with the nanny state: Should the government be collecting this kind of information? Should it be intervening like this? You can imagine it getting to the point where you have a public health worker showing up at your door and asking, 'Did you remember to exercise, eat right and take your medication today?' "

· Invasions of Privacy: Robin Kaigh, a New York lawyer noted, "It's an incredible invasion to privacy to have your sensitive medical information grabbed by the city of New York. It shocks the conscience that they [public health department] are not even required to tell you this is happening." Twila Brase, president of Citizens’ Council on Health Care, said, “It's a little creepy that it's being done so undercover—in the laboratories—where it's completely out of sight of the doctor-patient interaction.” Sue Blevins, president of the Institute for Health Freedom, pointed out, "This is really a recipe for invasion of privacy. Under the [existing federal medical-privacy rule], personal health information can be shared without consent for many purposes. All it takes is a click of a mouse."

· Coercion and Penalties: Wendy K. Mariner of Boston University's schools of public health and law, told the Post, “Government concern often shifts to government coercion. Today we're telling people what you should do voluntarily. Tomorrow it may be we're telling you what to do or you'll be penalized."

Mariner also pointed out that because New York is often a leader in public-health measures, the decision is likely to prompt other jurisdictions to follow, for diabetes and perhaps other conditions.