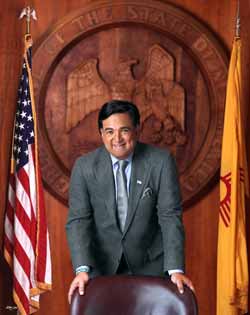 To the State Officials of the 50 United States of America

The hallmark of American democracy is one person, one vote.

The reason refugees and immigrants, students and professionals from around the world continue to flock toward our shores is because we fundamentally believe in the worth of each person. We believe “all men and all women are created equal.” We believe that regardless of gender, race, class or creed – all voices deserve respect; all voices deserve to be heard. And when it comes to elections, all votes deserve to be counted.

But is our democracy, is our hallmark principle of one person, one vote, on solid ground?

Recent elections would suggest that democracy, the greatest system of government in the world, can be broken. As the world witnessed in 2000, the sanctity of the ballot box and the integrity of our government are vulnerable. The people of the United States lost faith in the electoral process, and the covenant between citizens and elected officials deteriorated. Those national officials scrambled to pass legislation to restore voter confidence, but in 2004, inaccurate exit polls raised further doubts about electronic voting machines without a verifiable paper record.

In New Mexico, a coalition of concerned citizens demanded action. Working together with these citizens and the state legislature, I signed several laws which guarantee that every ballot is counted. New Mexico improved and standardized training for poll workers. We established statewide standards for provisional ballots to ensure that voters in low-income areas will not disenfranchised. We made absentee voting fair, simple, and uniform.

And we took one more critical step to ensure one person, one vote.

On March 2, 2006, I will sign a bill that will transition New Mexico to an all paper-ballot system using optical scanners to count the vote. Paper ballots are the least expensive, most secure form of voting available. Having marked their votes with pen and paper, voters will walk out of the booth and know their voices have been heard. Optical scanners will quickly and accurately provide results, while in the event of a recount, the ballots themselves will be a permanent, verifiable record of the people’s directions to their government.

Some believe that computer touch screen machines are the future of electoral systems, but the technology simply fails to pass the test of reliability. As anyone who uses one can attest, computers break down, get viruses, lose information, and corrupt data. We know this to be the case, and so we back-up our files to ensure nothing important is lost. Paper ballots serve as the ultimate back-up for our elections, providing secure and permanent verification of the will of the people.

New Mexico has chosen paper ballots as the best system to secure our election process. With the new system in place, future elections will be secure, honest, and verifiable. Every vote will count and the citizens of our state will know that their government belongs to them.

One person, one vote is in jeopardy if we do not act boldly and immediately. American citizens once took for granted that every vote mattered, but no longer. It is time that we, the elected state officials, work to restore American’s confidence in our electoral systems and undertake reform that moves to eliminate skepticism and uncertainty.

RELATING TO ELECTIONS; REQUIRING USE OF PAPER BALLOTS FOR ALL VOTING SYSTEMS; REQUIRING AN ADEQUATE NUMBER OF VOTING BOOTHS; DECLARING AN EMERGENCY.

BE IT ENACTED BY THE LEGISLATURE OF THE STATE OF NEW MEXICO:

"1-9-5. REQUIREMENT TO PURCHASE AND USE VOTING

A. Voting systems shall be used in all precincts in all statewide elections.

B. The county clerk of each county shall provide one voting system in each precinct for use in the general and primary elections when the total number of registered voters in that precinct amounted to fewer than six hundred at the close of registration.

C. At least one additional voting system shall be provided in such precinct for every six hundred registered voters in that precinct; provided that if the voting system used in the precinct is a paper ballot system, the county clerk shall ensure that an adequate number of voting booths are provided in lieu of providing more electronic vote tabulators.

D. When authorized by the state board of finance, the board of county commissioners may acquire new or previously owned voting or electronic vote tabulating systems, as tested and approved by the secretary of state pursuant to the provisions of Section 1-9-14 NMSA 1978, which systems may be used in any election for public office. The acquisition of these systems may be in excess of the number provided in this section.

(1) to replace the voting systems;

(2) to acquire the necessary software;

(3) for the secretary of state to purchase the paper ballots for all counties to use on the new voting system for primary and general elections; and

(4) to hold the counties harmless for payments due for voting systems under lease-purchase agreements entered into pursuant to Sections 1-9-17 through 1-9-19 NMSA 1978.

Section 3. EMERGENCY.--It is necessary for the public peace, health and safety that this act take effect immediately.