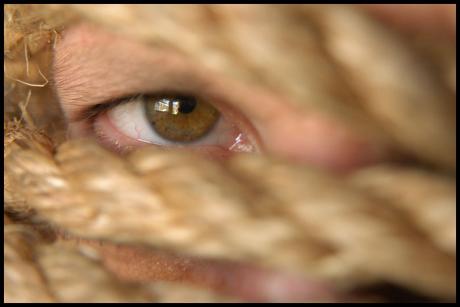 Will it be Bondage, or Discipline for Phoenix?

Proponents of the seven bond issues that face Phoenix voters have been scurrying around trying to claim “there’s a loophole” that brings their statutorily and blatantly illegal, taxpayer-paid-for signs into compliance. Under cover of darkness they make changes to these signs in a childish attempt to circumvent the laws they wrote. Now don’t that beat all?

We don’t have to concern ourselves with the details of the shenanigans and duplicity they’re trying to pull with the signs, promotions, propaganda, celebration parties (that you are paying for) or even the substance of the bonds themselves to get to the heart of the issue. What we should be looking at is the obvious fact that these duplicitous folks are lying to us. That’s enough of a reason to “Just say ‘NO!’” Of course, I would go a little further and say they should all be turned out of office in the next ‘real’ election.

If you allow your elected officials to flat out lie to you in order to gain your support by fraud—then you deserve them. It was right to impeach Clinton, not because of his consensual affair with an intern—but because HE LIED to his employer. Bush should be likewise thrown out of our White House not for trying to defend America—but because HE LIED about the reasons he put young Americans in harm’s way. Maybe ‘thrown out’ is too much of a slap on the wrist for causing the deaths of over 2,200 Americans and estimates as high as 120,000 Iraqis. Does anyone still buy the line that our troops are defending America’s ‘liberty’, or the last vestiges of ‘freedom’ we here in America have? Who knows, maybe government welfare indoctrination camps ( oft times called ‘public schools’) have done their job and relieved us of the burden of having to think for ourselves? But I digress….

I have a friend, actually a kind of relative, who though well intended, has a really annoying habit. He’s thoughtful enough that when he sees something ‘he thinks’ will benefit someone that he buys it. So far, so good. The annoyance comes in when he presents the item to you, along with what he says is the cost and demands payment. The part I resent is that he is essentially making decisions on spending my money—the way HE sees fit. Isn’t that interesting? He’s assuming, 1) I haven’t made other arrangements, 2) I have the money to pay him, 3) I need what he bought, and 4) that he has some mystical power to make decisions and incur expense on my behalf.

How’s about a little hypothetical scenario: Let’s call my friend, ‘Phil’, and let’s say we call him Mayor or even better, burgermeister, of a place called Phoenix. Phil looks around Phoenix for ideas on how to make this town ‘better’ for you and me, of course. Naturally, he’d never consider doing things simply to get his name on a few buildings or to bring accolades unto himself—he just wants to help.

One day Phil decides that this or that neighborhood is ‘undesirable’. He decides that Phoenix will look good and be ‘better’ if we put in a doomed-from-the-start lightrail system, and a full blown university, a new 1,000 room hotel, expand the convention center and throw in a bunch of other stuff ‘he’ thinks will benefit you and I.

Phil’s good guy, right? I mean, he’s only thinking of ‘us’, right? He couldn’t possibly be thinking in terms of hiring his buddies to build all this stuff, right?

Phil is so convinced all his great ideas are good for us that he thinks it is unnecessary to consult with his employers (us). Much to his chagrin, Phil finds out that most of us are really burdened by the expensive costs of the Phils that have come before him, and we’re not interested in his plans or in his grossly overstepping the bounds of what we hired him to tend to—safe, clean streets.

Well, Phil is undeterred by this news. “They’ll thank me later”, he says. Phil’s put a lot of effort and time into his grand schemes, and he really believes that people are just stupid, they (we) just don’t know what’s good for us, but of course, he does.

Pulling out his brand new edition of “The Prince”, by Machiavelli, Phil gets a brilliant idea! “I must convince people that they ‘need’ these things and that it won’t cost them a dime”, (even though it is obvious that in both physics and economics that you cannot make something from nothing). That way, they can’t bitch and moan about the costs. And best of all, I’ll not only have them pay for the projects, but the propaganda as well. “Woo Hoo! I’m simply a brilliant kinda guy,” he says, just before he inquires of the mirror, “Who’s the best-est of them all?”.

We are the mirror, and we need to be honest and say, “Yer an idiot, Phil”.

The simple Truth is that we’re talking about almost a Billion dollars that will be borrowed. Oddly enough, the lenders are interested in being re-paid the principle and the 58 million dollars per year in interest to carry the debt—over 30 years. “All these costs, says Phil, are nuthin’”. The package totaling something akin to 2 ½ Billion dollars is supposed to be ‘free’.

In our hypothetical situation, Phil is willing to lie to you (his employer) and defraud you into approving of his plan, because you don’t understand, and he thinks it’s good for you. Are you going to buy his baloney, or eject him from office for even bringing this nonsense up? I know my answer wouldn’t span a heartbeat.

There’s another little thing to consider, the effect passing any of these ridiculous bond proposals. You will be literally letting Phil steal your children’s credit cards and charging them up so high that they won’t be able to make the payments. Shouldn’t they have a little something to say about that?

So what’s it gonna be: Bondage for you and your children, or a demand for discipline from our elected officials? I vote for financial discipline—government at all levels needs to stay within its budget, period.

Barry Hess is the vice-chair of the Arizona Libertarian Party and is a candidate for Arizona Governor in 2006. He can be reached through www.HessForGovernor.Com or AZGovernor@Earthlink.Net .