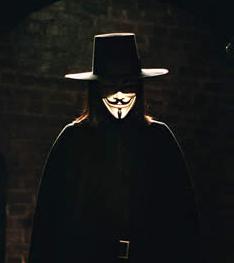 The Red and the Black

The Red and the Black

Thursday night, went to a screening at the Time Warner complex, preceded by a cocktail party. It was quite a luau, as is Vanity Fair's style when hosting such get-togethers. Mike Nichols was there. Candace Bergen. Director James Toback, with whom I blabbed, having not bumped into him since he was taking a break on the sidewalk during the shooting of Black and White, where he introduced me to Mike Tyson, who was chomping on cherry Twizzles three at a time, making small talk somewhat arduous. Joe Conason, he and his wife Elizabeth were at the party and screening; Richard Cohen, Maggie Gylenhaal, Oliver Platt, Ashleigh Banfield, local anchorman Chuck Scarborough, a handful on New Yorker editors, they were there too. Perhaps attracting the most eyeballs was the porcelain, petite Natalie Portman, having her picture taken with Robert Kennedy Jr. Did she stay for the screening? She didn't need to. She's in the movie, has her head shaved, a Joan of Arc spared the execution pyre. That much I knew from the promos. Not having read the material on which the movie was based, I wasn't sure what else to expect, the few advance reviews I read either too busy rattling skeleton keys of interpretation or getting sidetracked on geeky side issues of gospel. Everyone settled into their seats and as the lights dimmed, I recalled how Pauline Kael would sigh at screenings as the room darkened, "Let us pray...," her way of hoping for the best. I don’t know what she would have made of the movie, but when it was over I knew it was the movie our post 9-11 minds craved and unconsciously had been working towards, a movie that conjured the fear of terrorism and repression and didn’t just tell us how we got into the Orwellian predicament we’re in (terrain already attacked by Fahrenheit 9-11, Syriana, Why We Fight), but made the imaginative leap that would lift us out of the news, out of the political present, and stand up to that fear—face it with fury and compassion. The irony is that to face the fear, a mask was required, a mask with a mocking grin.

V for Vendetta may be--why hedge? is--the most subversive cinematic deed of the Bush-Blair era, a dagger poised in midair. Unlike the other movies dubbed “controversial” (Fahrenheit 9-11, The Passion, Munich, Syriana), it doesn’t play to a particular constituency or polarized culture bloc, it’s working on a deeper, Edger Allen Poe-ish witch’s brew substrata of pop myth. Cultural conservatives will loathe it without seeing it (they love not having to leave their houses to lament the latest installment of civilization’s decline and fall) once they hear of and read about the movie’s disturbing political parallels (a fascistic TV host with a witty resemblance to Berlusconi, fertilizer explosives a la Timothy McVeigh; torture, renditions, and subway bombings; black hoods that will be forever associated with Abu Ghraib). Yet lots of cultural liberals with educated tastes will find it anxiety-producing and irresponsible too, not only because they’re more comfortable with humanistic stories and documentary techniques than with pop spectacle (as Kael discovered whenever she praised upstart movies like DePalma’s Carrie or The Warriors and received letters from profs and Ph.D couples complaining about her soiling the New Yorker’s space on trash), but because V for Vendetta doesn’t just depict a 1984’s dystopia--it advocates radical remedy, and illustrates what it advocates with rhapsodic, operatic, orgasmic flourish. It follows the course of its own logic to its Kubrickian conclusion, but this isn’t a clinical exercise, like Kubrick at his most voyeuristically detached. This movie is fully engaged. Its masked, caped vigilante is both Batman and Joker, nocturnal enigma and nimble trickster, the Count of Monte Cristo, Zorro, and the Phantom of the Opera tucked into one suavely tormented frame, the antihero’s secret lair a gothic sanctuary equipped with its own Wurtlizer jokebox on which Julie London’s Cry Me a River sultrily plays. The river of tears is the Thames, on the bank of which sits London’s House of Parliament, the movie (based on Alan Moore’s graphic novel) drawing its inspiration from Guy Fawkes and the foiled Gunpowder Plot to destroy Parliament on November 5th, 1605, a day celebrated annually in Britain with fireworks and parties. In V for Vendetta, monochromatic tyranny so oppresses, represses, and depresses Britain in its totalitarian condition that the only proper way to honor the memory and insurrectionary spirit of Guy Fawkes is to finish what he started. V for vendetta, v for violence, v for vindication. The return of the repressed with a vengeance.

If it seems as if I’m darting around V for Vendetta rather than zeroing in on what I liked/didn’t like, grading the performances, and pointing-out-subtle-details-to-prove-how-observant-I-am, it’s because I don’t want to give away too much of the movie, leaving that job to A. O. Scott and his fellow divulgers. To say that I found the domino montage as thrilling a coup de cinema as I’ve seen since DePalma first displayed his slashing mastery of crosscutting is to sound cryptic, but to be unelliptical I’d have to explain too much and wreck your fun. And make no mistake V for Vendetta is fun, dangerous fun, percussive with brutality and laced with ironic ambiguity and satirical slapstick (a Benny Hill homage, no less!). But gives the movie its rebel power is the moral seriousness that drives the action, emotion, and allegory. That’s what I didn’t expect from the Wachowski brothers (The Matrix), this angry, summoning Tom Paine moral dispatch that puts our pundits, politicians, and cable news hosts to shame. V for Vendetta instills force into the very essence of four-letter words like hate, love, and (especially) fear, and releases that force like a fist. Off come the masks, and the faces are revealed.