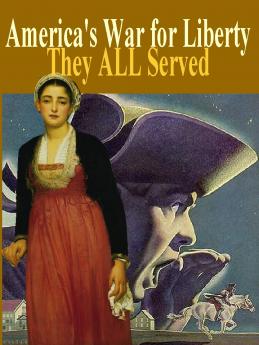 As the harsh storms of winter subside we approach the 231st anniversary of an event in American history that can provide insight and direction badly needed today. On April 19, 1775 The Shot Heard 'Round the World marked a clash of arms over a small bridge standing astride the stream at Concord, Massachusetts. We have all seen the statues and some of us have heard the poetic paeans to the event that took place there.

To this day no one knows who fired the shot but the unfolding clashes shocked the British Crown and set the stage for the first nation on Earth who proclaimed the principle of universal freedom in July of the next year.

This was not a government operation.

Perhaps the best lesson to be drawn from those events, which we have allowed to be obscured through the misted lens of time, is that this marked a moment when the people did it themselves and in so doing confounded the greatest power then existing on Earth; a power comparable to our government today.

The colonists standing at Lexington and Concord were routed; they had been standing in battle formation, as soldiers did back then. After that initial few rounds of fire they rejected the conventional approach to war and took to the woods, spontaneously conducting a guerrilla action as the Red Coats marched back to Boston. This example of spontaneous order shows a strong bent for innovation and rejection of strategies that fail. Software wonks would understand completely. Now that is a learning curve to applaud but it is not the best part.

The alarm that had gone out through the night time activities of Paul Revere and Dawes had been delivered.

At that point in time the British Empire had 8,000 men under arms across the globe. A far smaller number were serving the Crown in New England. That, the Crown felt, was entirely sufficient.

At the end of the day 10,000 Americans were marching towards Lexington and Concord, muskets, knives, and hammers in hand, prepared to kick some Red Coat Butt. Women who saw off husbands, fathers, brothers, and sons, prepared to keep the home fires burning and everyone fed.

When the people decide to do something it gets done. No government could have organized these events, they came straight form the minds and hearts of the people.

The year before the colonists had nearly been caught with their pants down when another expedition of the Crown had narrowly been thwarted in its plan to confiscate the munitions being gathered in Portsmouth, New Hampshire. War was coming. The Crown had cut off their supply of munitions. After the Capture of the Fort William And Mary at Portsmouth, the colonists were determined to be prepared.

The months leading up to April 19th and the Bridge had been filled with preparations that included not only ensuring that an early warning system was in place (Revere and Dawes among others) but that the crusty colonists understood the issues. Committees of Correspondence comprised of people from every town had been discussing the causes for the conflict and what we would think of today as the Mission Statement for what would be America. They had built agreement through persuasion and discourse. No one voted for war.

When the broadsides came out from Philadelphia bearing the words of the Declaration of Independence that next year this population knew what they meant.

This was an amateur operation from the beginning. They had few resources, limited munitions, and no central organizing structure. That is doubtless why it worked. They had to be inventive and be prepared to acquire expertise they lacked.

The year after the Declaration was signed, July 4, 1776, they had cobbled together an army of the same people but their lack of experienced generals made those first months of action a disaster. George Washington looked like a general but he had no training in the strategies and practicalities of war. Fortunately, he also knew how to innovate and was modest enough to see the need.

That long nasty winter at Valley Forge was not what you think it was. Men were not dying of disease and creeping away; they were having an intense round of training exercises that included training Washington to lead the troops. The trainer was Baron von Steuben, an officer with Prussian General Staff training. Soldiers who went through those winter months at Valley Forge tended to end up officers themselves.

I went in to the DAR on Benjamin Pillsbury, who went through training at Camp Valley Forge and was commissioned a lieutenant.

There were no bureaucrats and it all worked fine.

America is not a nation like other nations. The vision that gave the colonists the motivation to throw off the chains of the British Crown were both spiritual and civil, evoking that mission statement from Thomas Jefferson penned in the Declaration of Independence that coalesced support.

They were all investing their lives, fortunes, and sacred honors, not just the ones who signed.

Unlike the early Greek and Roman writers who had applied the concepts of democracy and rights to define what was actually an oligarchy where only a tiny minority of people exercised power, the American Vision proclaimed that each of us possessed the same inherent nature, which included the right of autonomy, before the existence of government of any kind.

Government was, in that view, a service center, providing only those services that the people could not provide for themselves. The colonists were practical people who would never have paid for the padded privileges assumed by later generations of government officials.

It was the Yellow Pages approach to government and if today government was limited to what we can't find either in the local Yellow pages or do locally through charity there would be legions of bureaucrats looking for jobs at MacDonalds. A satisfying image.

You might sit down and make out a list of essential services and leaf through your local yellow pages. If the service is there and you need it then government should not be involved according to the original game plan.

Even two generations ago government spent most of the money it takes from us on its own infrastructure while creating an attractive nuisance by dangling unearned wealth in the eyes of the least ethical. A seat in Congress can, in less than ten years, turn a down at the heels political science student into a multimillionaire and these ethically challenged individuals are not being paid off for their good looks.

Unfortunately, those immediately following the Revolution believed they needed a government something like those with which they were familiar in Europe. That was a mistake and today the bill for that mistake and others accounted for in the compound interest of 12 generations of power gone amok, is demanding to be paid.

I know what the veterans of the Capture of Fort William and Mary would have thought; I know what those 20,000 early Americans would have said as preparations continued on the home front while the men marched off to war carrying their own muskets. “Fire”, would become “fire them!”

It is local organizing and innovation that does the job every time.

Most of us who are involved in local charities understand that the needs of those living on the edge of poverty are steadily rising as mega corporations and government, those long time bedfellows, continue to eat us alive.

This is not due to sloth or laziness on the part of those in need. The real needy in America could each be millionaires on what we spend on government.

Any of us can find ourselves in the position of facing circumstances we could never have anticipated. The reasons are many; the effect is to place a heavier burden on those within the community who are the last line of defense against hunger, cold, and death. After several generations when Americans have assumed that these safety nets were being handled by the morass of government agencies well funded for those purposes the real relief of need remains in the hands of local activists working as volunteers.

This is true in Santa Barbara where Unity House feeds and trains more needy for less than the multitude of agencies heavily funded by government; it is true in small towns across the country and in urban areas. It is most probably true where you live, too. Americans are used to getting the job done, whether that job is feeding the hungry, searching for missing campers, or ensuring their own freedom.

Ultimately that is how this present encounter with a State gone amok will be resolved.

You can almost hear the voices of those early Americans, cussing about the waste and pomposity of the government that confronts us today.

It is time to reboot America's government. The people can do it themselves.

Get off the grids: Organize Locally; Build Coalition. It is time to finish the Revolution

Why Do We Owe Anything to Afghanistan--We Just Spent $6 Trillion On Them!

An Interview With Reality of Our Country's Present Mess

The Violent Quagmire In Afghanistan And At The Border

The Most Incompetent President, Ever!